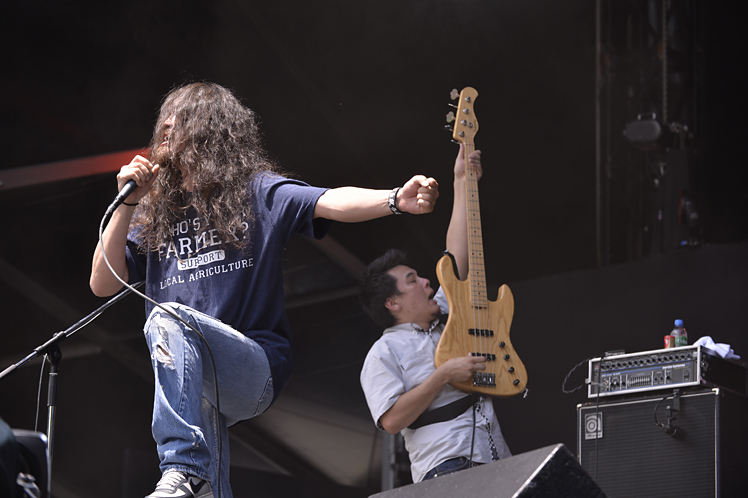 Self-dubbed “dread rock” act G-Freak Factory opened the White Stage at Fuji Rock 2014 with a 40-minute set of reggae rock. Gigging in support of their newly issued “Fact” EP, the Gunma act had morning revelers bouncing around under the sunshine to their upbeat rhythms. Wearing a T-shirt that said “Whose Your Farmer – Support Your Local Agriculture,” vocalist Hiroaki Moteki stepped over the monitors and stayed along the edge of the stage for the bulk of the performance, allowing him to get as close to the audience as possible. Following his every move, when Moteki held up one finger and sang the words “one love” during a track, most of the crowd did the same.

During the second last song, the mood of the show shifted as Moteki shouted spoken-word style lyrics over top of bandmates’ dub-accented rock. Picking up his intensity as the number progressed, he wrapped his mic chord around his throat and fell to his knees while shouting as the crowd cheered. Ending with a more relaxed cut, audience members all started dancing again as the band closed out their gig.