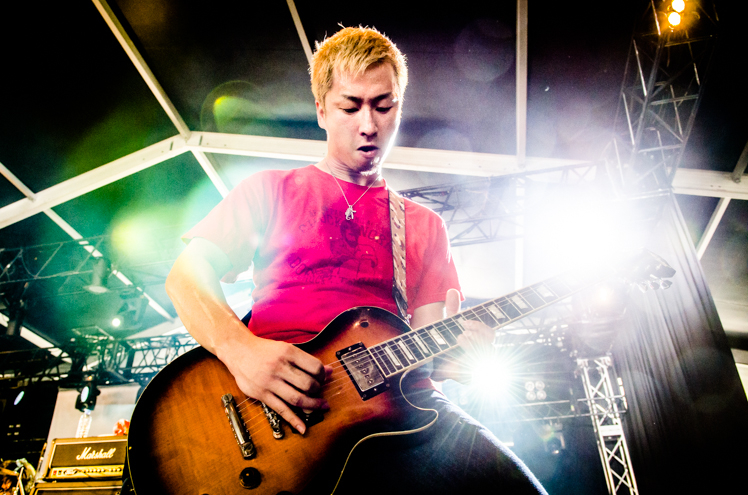 Sometimes mis-translations are poetic and sometimes they are merely nonsensical. The title of punk rock band Shank’s most recent CD, Baitfish Attitude, which also formed the banner backing their performance at the Red Marquee on Friday just past noon, falls somewhere in between, probably to be filed in the overflowing category of Nipponese bizarre. Because really, what sort of attitude would a baitfish have? Probably not a good one. Yet the intention is hard to measure.

This punk trio helped open up the stage blasting out fast, rowdy punk rock destined for skateboarding videos. They are melodic punk. The songs have sing-along choruses, sometimes gang choruses full of whoa-oh-oh-ohs, and one could imagine they are channeling Blink 182 by way of Brahman, though both of those are far better bands. Shank are upstarts, playing an upstart show. I tend to think of this time slot as the “punk rock alarm clock.” It’s a typical scheduling tactic at Fuji Rock, letting loud energetic bands play early. Shank was not one of the best, but they were certainly one of the loudest. For this show, I really should have brought ear plugs.