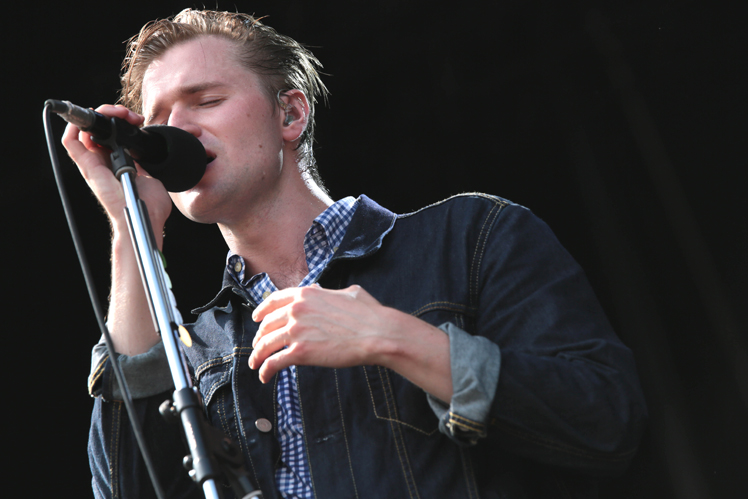 Few bands have received more media hype than Wild Beasts this year. The added pressure of delivering didn’t seem to faze the band as they took to the stage in front of a packed audience today on the White Stage. Wild Beasts are a modern day hybrid, crossing easily between the genres of dance music and alternative music much like Disclosure and 2012 Mercury Prize Winner, Alt-J.

Wild Beasts have always been known to be inventive in a genre that desperately needs creativity, and it comes in spades with vocals of Hayden Thorpe on tunes such as a ‘A Simple Beautiful Truth’, from the band’s ‘Present Tense’ LP released this year.

The band are making their first appearance in Japan, and exploring things such as sake and ramen, and even a bit of comic book shopping on their day off. They are however, no strangers to festivals, even attending a few too many due to their recent hype, especially a performance at the highly chaotic SXSW.

Still, they have learned from the experience, and have played elsewhere at major festivals this year such as Splendour in the Grass. The band may be new in Japan, with vocalist, Thorpe saying “let me instroduce us, some of our songs are about fighting and some are about loving. I don’t know how to say this in Japanese, but this song is about f@*^g.” And with that, the band went into their closing number.