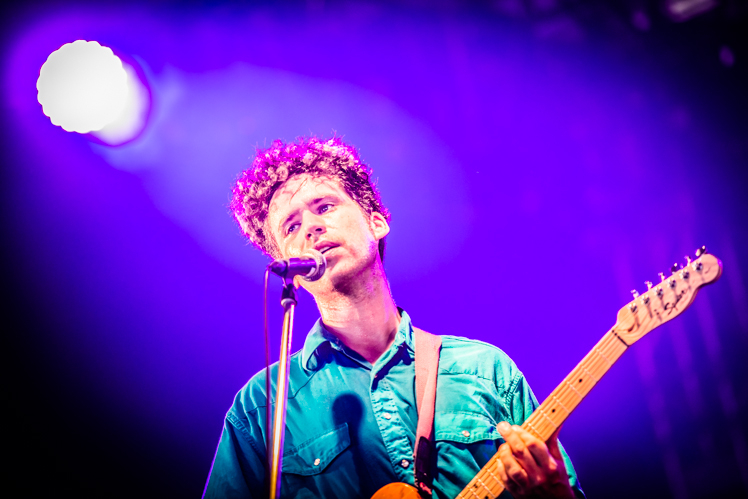 With this year’s Sunbathing Animal, Brooklyn-based Parquet Courts have become indie rock darlings. It’s well-earned; their third album sounds like a band who’ve taken what they had and tightened it up into a more focused creation. While lesser known in Japan, they nonetheless filled up most of the Red Marquee with an audience more than willing to be punched in the face by their bursts of garage-y ferocity.

They came on stage with a casual wave, but it didn’t take long for the group to prove themselves a little more intense than they first appeared. From the opener “Ducking & Dodging,” Parquet Courts kept the energy of their set high, parsing it out so it could be used when most needed to push the crowd farther. They were oddly sparse at times (not a criticism) despite the sonic assault; they they did slow it down strains of the Velvet Underground crept through. Co-fronted by three singers (including erstwhile leader Andrew Savage) they were enthusiastic despite the afternoon heat, hammering through tracks such as “Always Back In Town” and “Dear Ramona” before briefly giving the audience some respite and launching into a one-two punch of punk rock to close the set.

The strangest thing about Parquet Courts is that their songs are somehow catchy without being particularly melodic. Whatever weird musical trick that is, it’s working.