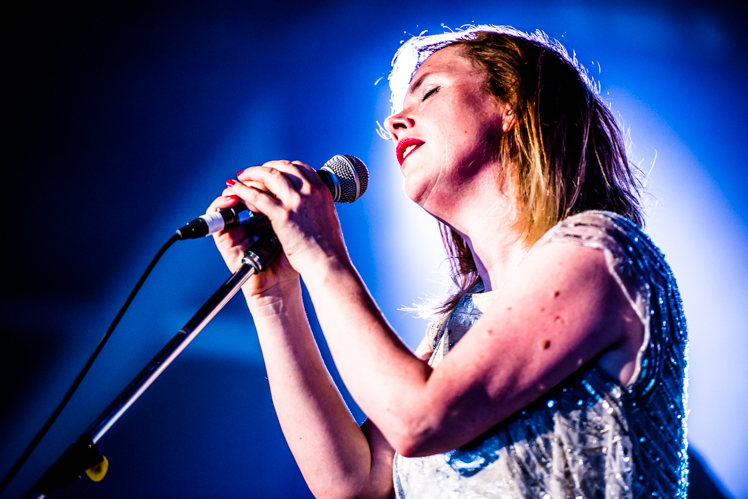 With bands that have been around for a while and have a signature sound, there’s always the expectation for something new. Some bands respond to this pressure with stylistic risk taking, solo projects and collaborations to remain fresh, but there’s something to be said about delivering a performance that’s untainted by time, transporting the audience right back to when they were an angsty teenager blasting music in their bedroom. 90’s British shoegaze band Slowdive did exactly that with their reunion performance at Fuji Rock, pleasing a couple hundred old time fans with their classic, hazy, melancholy sound.

Starting at 4PM at the Red Marquee stage, Slowdive opened their set with their namesake song “Slowdive”, stirring the crowd with nostalgia. Following that with classics like “Crazy For You”, “Machine Gun” and “Alison”, the band gave their audience the shoegave heaven they’ve been looking forward to for quite some time. With their reverb-fueled guitars echoing through the stage, the muggy heat almost felt perfectly paired. The crowd was drowning in the noise and wading through it with a sluggish dance.

The audience’s enthusiasm was just so that Lead vocalist Rachel Goswell couldn’t stop smiling during their performance. The band proved that they definitely deserved all the attention they received on stage; vocalist and guitarist Neil Halstead can shred and sing on point.

For some people in the crowd, this show was the highlight of their festival. Slowdive not only satisfied the audience’s 90’s nostalgia fix, but reminded them why they got into music in the first place. As one heated fan shouted out loud during the set, “This is music!”