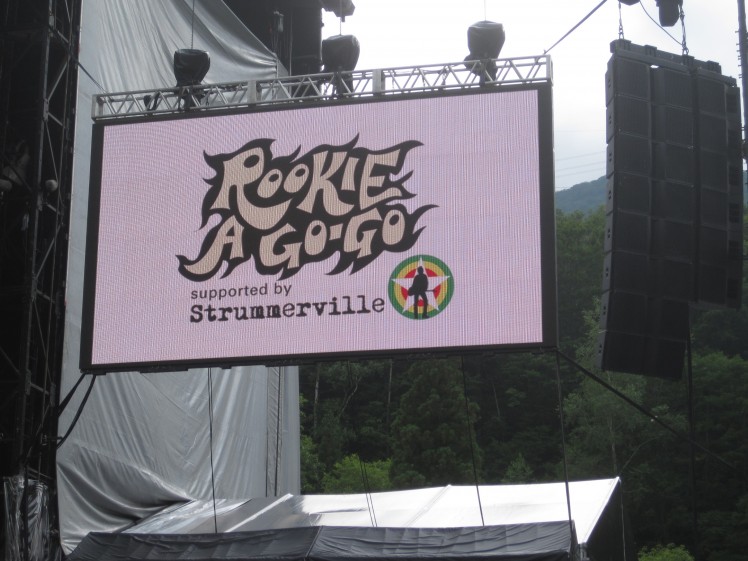 And by “little” we don’t mean diminutive or somehow less-than.

There’s no question that FujiRock is an enormous entity. It is run by a corporation, sponsored by even bigger corporations, and hundreds of thousands of people (dare we say millions) have attended in its 17-year history. Still, FujiRock’s heart has always remained in the right place, maintaining its focus on environment, community, and music that can only be described as ‘alternative” at least in a literal sense. Franz Ferdinand may be popular, but they’re not Smap.

Fuji also has a strong dedication to up and coming artists. Every year, they host the Rookie A Go-Go stage, outside the main gates in the Palace of Wonder. The action takes place after the headliners have finished, so there’s far less competition from established acts. Many Rookie artists have gone on to play the festival proper, and today, audiences are invited to vote on their favourite artist, who then perform at Fuji the following year (this year you can see the highly entertaining, if dubiously named “Autopsy Report of a Drowned Shrimp.” And they dress like shrimps).

If you’re cruising the site looking to make plans for later in the night, support indie music and check out Rookie a Go-Go.

(Note: You keen-eyed Clash fans are wondering what the connection is between Joe’s charity and the Rookie stage…in short, Strummer loved Fuji and spent his time at the fest hanging around just talking with people…a relationship with Strummer’s folk has remained in place ever since).