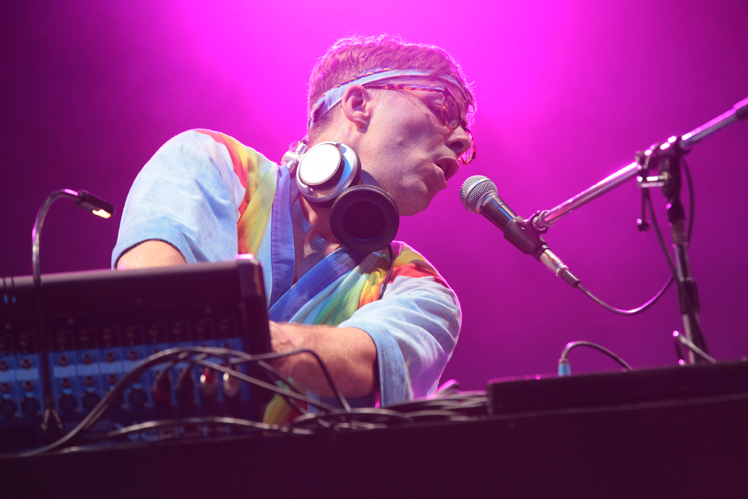 It’s been five years since this south London collective have appeared and Fuji Rock and the capacity crowd at the White Stage was eagerly awaiting their return. And true to their original form, they brought the entire assortment of dancers, drummers, and live musicians to make the performance memorable. For those unfamiliar with Basement Jaxx they are much more than 2 DJs behind consoles, a veritable festival of dancers and hit songs.

The group began as scheduled with the customary “Konichihwa” greeting spoken by by head Dj Felix Buxton, and then it was time for the vocalists and dancers to take the stage. The band were true to their London roots throughout, playing a mixture of music that reflected their multicultural neighborhood, with the good fortune of choosing from a back catalog like “Red Alert”, “Never Say Never”, “Romeo” “Jump N ‘Shout”.

And if that wasn’t enough, Basement Jaxx brought out a ballerina for the orchestral arrangement “Rain Drops.” It was a stunning display of grace and beauty, a dramatic interlude to a performance that had been mostly fist pumping dance and hip shaking. Leave it to Basement Jaxx to explore all aspects of art and dance, casually shifting between genres as diverse as Brazilian carnival, funk, African dance, and others.

And of course for the final song, “Where’s Your Head At” Felix came to the front of the stage and joined the full cast. Concluding an evening of great fun and nostalgia for everyone involved.