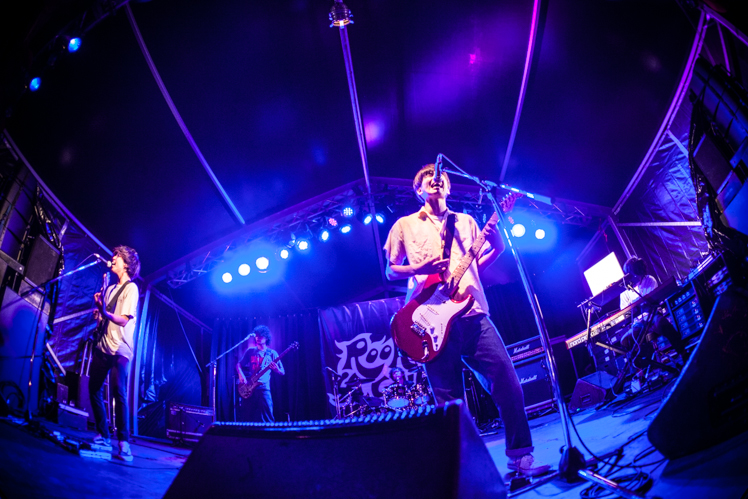 Odol (踊る in Japanese, meaning ‘to dance’) isn’t quite what it says on the tin. Anybody expecting to get some use of their dancing shoes had better put them away and just get ready to sway. The five-piece mixes noise rock with pop, saturated with raw emotion. Some songs are more polished and full than others, with the middle of their set proving the highlight. One such song is a gentle lullaby with muted whine of guitar, quick tapping drum and optimistic piano against plain, depressed vocals. From that, it’s into jauntiness with guitar distortion licking against the piano’s chords. This lulls for a second before beginning to build to a climax, ripping distortion, impassioned pleading, screamed lyrics and thrashing drums with the piano a lone tone of sanity amongst the almost metal breakdown.

The last starts driftingly among webs of guitar reverb and crooned lyrics, interposed with sparse drums. It soon kicks violently into life, still a slow swaying pace but screamed, harsh vocals ruling over the rest of the sound. For me, this is the charm of the Rookie A Go-Go stage. You get to see the potential in a raw band and learn what bands to keep an eye on. Odol has only been active for 6 months and the band’s average age is only twenty but you can already see the start of something pretty special. Watch out for them and don’t be surprise if they’re doing quite well for themselves in two or three years.