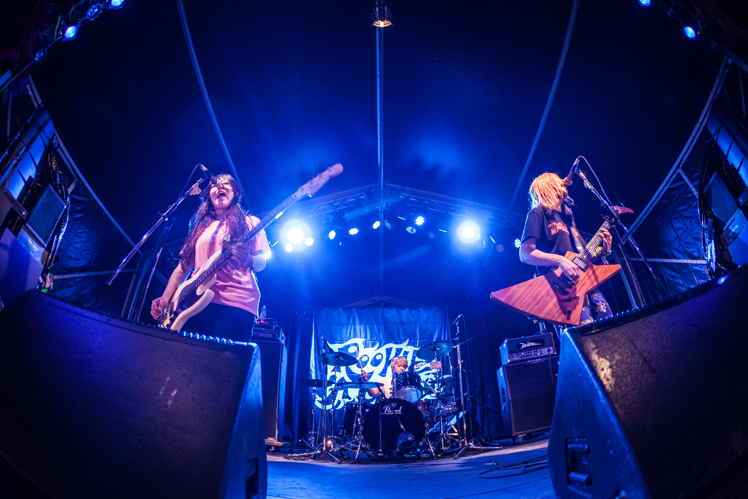 Great name. And tons of fun too. Dizzy Sunfist are three very young punks that played the Rookie a-Go-Go stage like it was the White Stage. They’ve been together 5 years already, which is about a quarter of their lives, and they’re exploding with energy and confidence.

They leave only fractions of a second between songs, and they don’t believe in mellow moments. The vocalist screams her words, even when she’s talking to the crowd. If this weren’t Japan, I’d presume she’d snorted something before the set, but I think it’s just supercharged youthful exuberance.

The girls out front strike rock guitar god poses, and towards the end of the set we get the nearest thing to crowd-surfing I’ve ever seen at the Rookie-a-Go-Go stage. A group of people run towards the stage carrying a guy above their heads, then just chuck him into the security lane.

The band voted best rookies of the year get to play again next year. On this performance, Dizzy Sunfist must be in with a good shot.