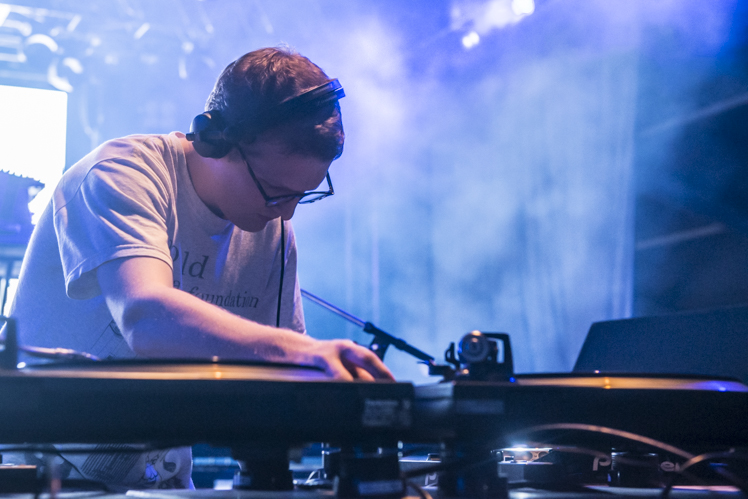 These days with everyone claiming they DJ, it’s easy to think that there’s some serious DJ inflation going on. So when British DJ/producer/composer Floating Points took to the Red Marquee stage late night on Friday, some people in the crowd seemed to not care who he was or what he was doing since he was just “another DJ”. But through his one hour vinyl set, Floating Points proved that he wasn’t just “another DJ”, but the DJ.

Sam Shepherd AKA Floating Points started off by playing Chicago house tracks that immediately got the crowd moving. Building on his set by adding different dance music flavors to the mix like acid and bass, Shepherd kept his audience on their feet. Towards the end of his set he played disco dance classics that you simply can’t refuse to groove to.

What made Shepherd the DJ of the night was because he stuck to the old school style of DJ-ing and only played vinyl with no laptop in sight. When beatmatching is tricky even with the help of digital devices, Shepherd delivered a seamless set with just his skill alone. Considering his big band Floating Points Ensemble release from Ninja Tune, it would have been exciting to see him incorporate live instruments in his performance, but with just one hour on stage it’s hard to do a fifteen member band justice.

All in all, Floating Points’ DJ set was a much needed quality dance party at Fuji Rock, and you missed out if you weren’t there!