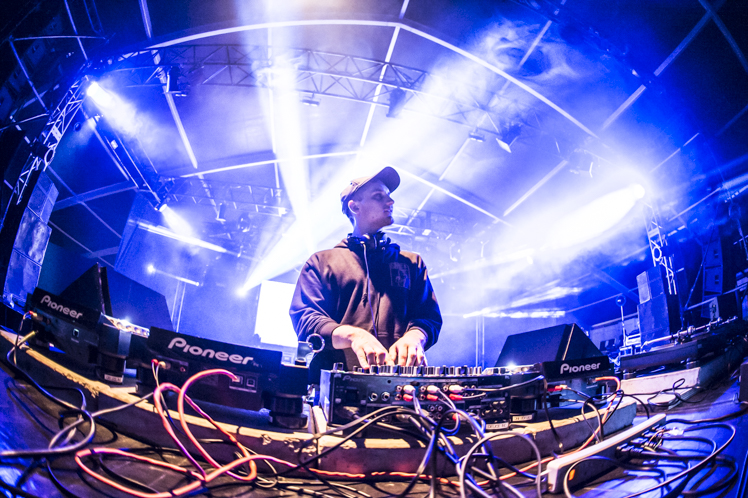 At his best, Montreal producer Jacques Greene’s music sounds haunted, but in a loving non-spooky way. His best creation to date, the whirring “Another Girl,” found a sample of the late R&B singer Aaliyah at its center, yet despite her disorienting presence (one called out by some critics), the track itself was warm and inviting. His late-night set at the Red Marquee at this year’s Fuji Rock Festival (his first stop at the festival ever…”this is my first show in Japan ever,” he said before diving in) featured similar moments of ghostly lushness. Dated vocal samples emerged from his blur of synths and keyboards, Greene often taking his time to let the beat really get going on these dizzying productions. The visuals matched the mood of the music – VHS-tape-quality images floated behind him, out-of-time snapshots that still felt weirdly warm.

It wasn’t all apparition-ish floor fillers. He also played…or gently remixed…other contemporary electronic songs, highlighted by the earnest shout-along of New-York-based artist Autre Ne Veut’s “Play By Play.” Still, his finest moments came when he was getting lost in his own sort of lushness.