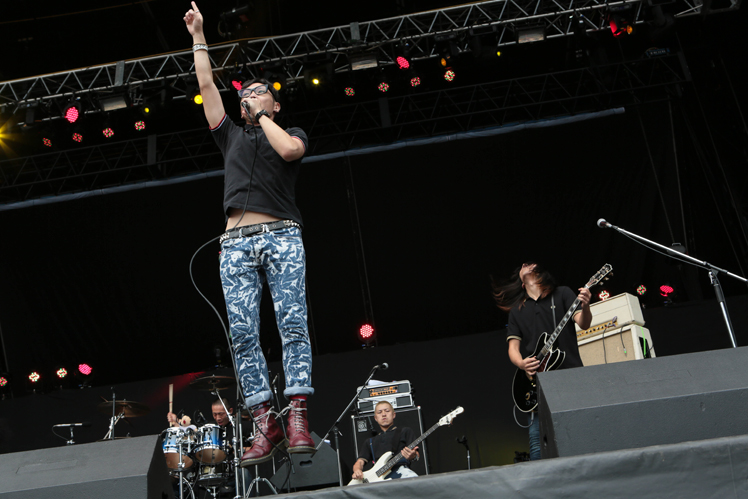 Wanting to do something different from the power pop he made with Beat Crusaders, Hidaka set out to make a punk band in late 2012 and The Starbems were born. The six-piece act released their debut full-length effort, the strangely titled “Sad Marathon with Vomiting Blood,” in summer 2013. And this past spring, they traveled to the US to play at the renowned SXSW Music Festival.

Today’s 35-minute show was all about having fun for The Starbems. Everyone was all smiles onstage, and the group’s three guitarists did a bunch of big scissor kicks during the concert. Yusuke Goto was rocking some Kiss-style white paint on his face, and at one point he started playing his guitar behind his head. The Starbems’ music was a mix of fast-paced melodic skate punk and early ‘80s hardcore. When not singing, Hidaka repeatedly shouted “Go!” and “Jump!” and fans happily followed his requests. Closing with a heavier song, a circle pit briefly formed much to the delight of the excited punks crowded near the stage.