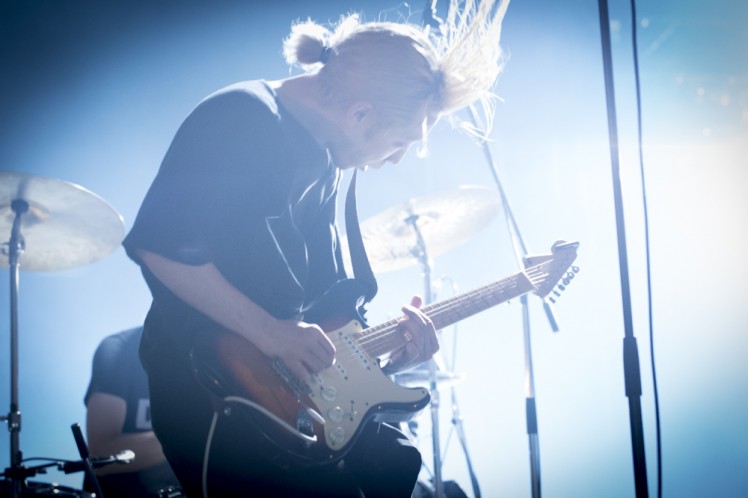 It takes a very special type of devotion to take the stage at 11:30 in the morning on a scorching day wearing all black. Yet long-running Japanese rock band The Novembers are a focused bunch, and their pre-noon show at the Red Marquee found the quartet locked in on a reverb-friendly, dark-chug sound that could get a bit too hazy, especially based on all the still-waking-up faces in the tent. Yet when lead singer Kobayashi Yusuke clicked onto a good vocal melody, it made the borderline-shoegaze drive created by his bandmates all the better. What was surprising was, despite being an ostensibly “heavy” outfit (all black!) making the most out of fuzzed-out guitar sounds, that they were also surprisingly capable of sounding like, say, The Strokes, but with a dream-pop edge.

The Novembers sometimes locked in too much, and everything could start blurring together into one guitar-guided march…but when they punctured routine with a twist, it was genuinely exciting. It could be as subtle as introducing syncopated beats into a number midway through, or as direct as Kobayashi deviating from his in-the-zone delivery to scream lyrics. Those moments were especially welcome, as they rattled listeners out of their early morning daze and got them ready for the day ahead.