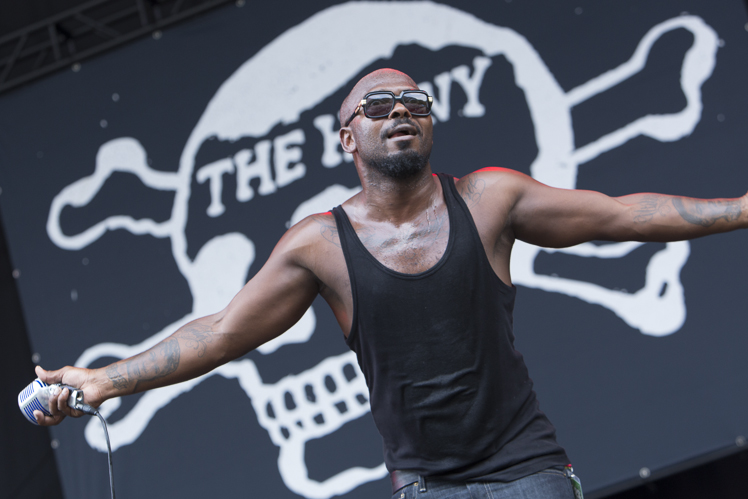 Opening the Green stage on Saturday morning UK’s The Heavy proved to be one of my favorite bands I’ve seen thus far at Fuji Rock. This neo-soul/funk/rock band from Bath lives up to their Heavy moniker in multiple ways. It all starts off with the very natural and heavy stage presence of vocalist and front-man Kelvin Swaby. While the band plays guitar heavy (once again) funk, soul, rock, blues and more, Swaby belts out raw and assuring vocals that have the power of someone like James Brown or Cee lo Green. His voice is deep, raspy, confident and raw with a great range. The vocals combined with the chunky guitar and funky horns of the band makes for a powerful live experience.

They played through most of their 3 studio albums concentrating on hit singles and getting the crowd involved time after time. The green stage crowd, despite it being the first set of the day at 11 am, were extremely enthusiastic and responsive. This isn’t surprising for a Fuji Rock audience as I’ve come to learn. Swaby had the crowd doing a call and response, sing along and noise battle against each other on hit tunes such as ‘Same Ol’, ‘That Kind Of Man’ and ‘Big Bad Wolf’. The music grooved, was highly danceable and the power of the vocals commanded respect.
As the set drew to a close, the band enticed the newly initiated with news of a Japan return only a few short months away. I don’t think I can resist, I don’t advise you to either.