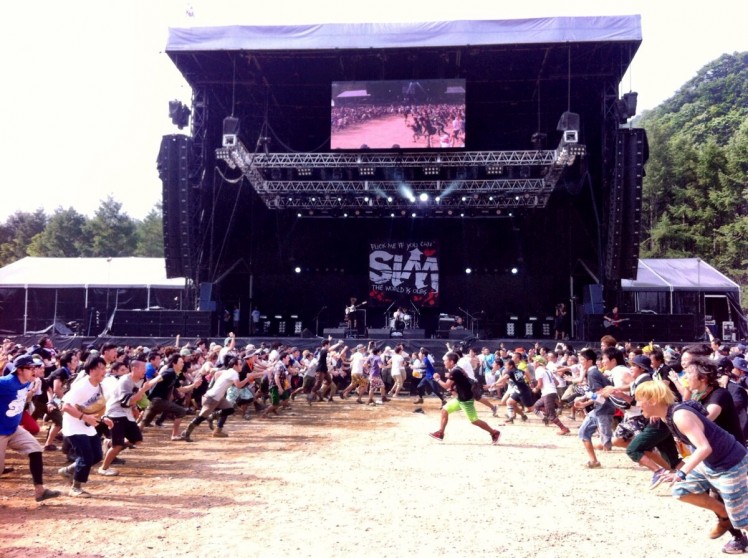 Seriously, they are all about to run into each other

The Wall of Death is a thing now. In the hardcore, punk and metal scene, it’s when the crowd gets divided in two, like the parting of the Red Sea, then when the band gives a signal, like for example by screaming “Gooooo!”, everybody charges and runs into each other and a massive chaotic mosh ensues.

This fun game is forbidden in the UK as it is too dangerous. One music festival even includes clauses in artist contracts forbidding bands from making hand gestures — the “part the Red Sea” gesture of bring your hands together in front of you, then spreading them apart — that could precipitate a Wall of Death.

In Japan, the Wall of Death is still OK. These photos were taken during the final song of the SiM concert on the White Stage.

Once the wall was over, the moshing was once again child friendly.