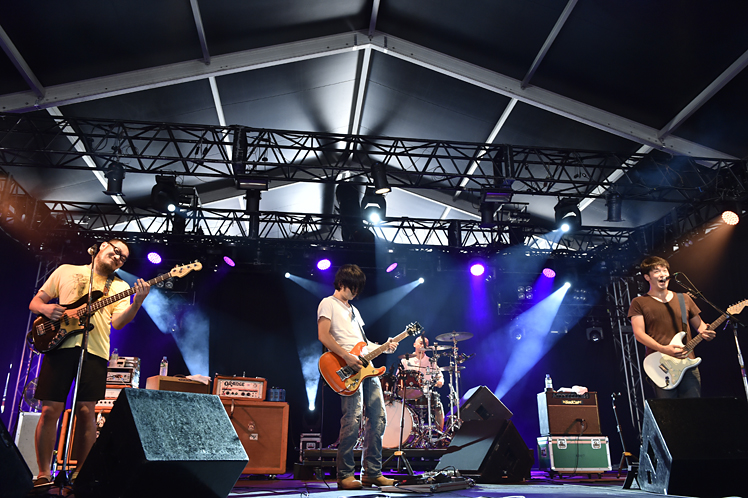 the band apart start with a big bang, a crash of noise kicking off their set before they settle into racing riffs and relaxed bass. Takeshi’s smooth mellifluous vocals slide across the adoring crowd, the Red Marquee’s full crowd about 40% diehard fans judging by their enthusiasm. The lyrics are all in English and actually fairly natural, no hints of the ‘Japenglish’ (or 和製英語 as it’s called in Japan) that many Japanese bands sing in.

The standout song starts with a thudding bass party line by Masakazu that leads into quick whips of bending riffs from Wataruichi, while Eiichi’s drums form a quick running rhythm underneath it all. It’s alternative rock with almost lounge and bossanova influences that kick it into party rock territory, especially from the singer and drums. The smoothness and surprising mix of sounds really stands out from their other influences. But then its back to alternative rock that still has some nice touches, including surprisingly complex guitar runs that wouldn’t be out of place in progressive rock.

But the fan favourite is a slow ballad, the slow pace bringing the crowd to a swaying calmness and making several fans almost swoon (though that may have also had something to do with the midday heat!). The band departs to warm applause, their alternative rock mixed with just enough tasteful influences to stand out and no doubt capture a few more fans.