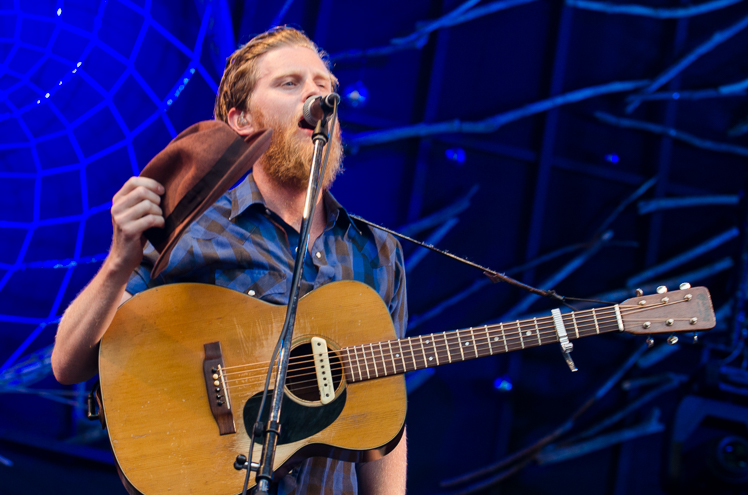 I was set to review The Lumineers some 6 months after reviewing them in a small Tokyo club. They had also performed a main stage set the day before on the Green stage at Fuji Rock. I was left quite impressed by the group’s intimate and inspired performance the first time I saw them, but I also had more expectations now coming into my second viewing of them in less than 6 months. Could they live up to my higher expectations this time and could they provide me with something new?

If I was new to seeing this band live I might have been more moved, as I originally was, their set was very similar to the first time I saw them (as it was I later found out, to their set on Friday at Fuji). They banged out their chart topper ‘Ho Hey’ early in the set to the delight of fans eager to sing along. Wesley Schultz performed his Bob Dylan cover of ‘Subterranean Homesick Blues’. Things were going well and the packed Field of heaven was clapping and hollering along.

I always have believed this band thrives well in a smaller setting. They started their rise to fame playing in friends living rooms and kitchens. The emotion and truth of their words is better understood from a closer distance. I knew the band would be coming down into the audience to perform a few songs as is now customary. This act still had the desired effect for the hoards of swarming fans and myself included. What was missing however, were some antics from Stelth Ulvang, who usually climbs a balcony or speaker stacks as he did on Friday, to surprise the crowd playing his accordion from a great distance while other members play in the crowd.

It was still a great show, which covered nearly all of their first album and then some. They have a very polished sound, while still sounding raw and truthful. I may have just been expecting a bit more from them than they could deliver me on a big festival stage.