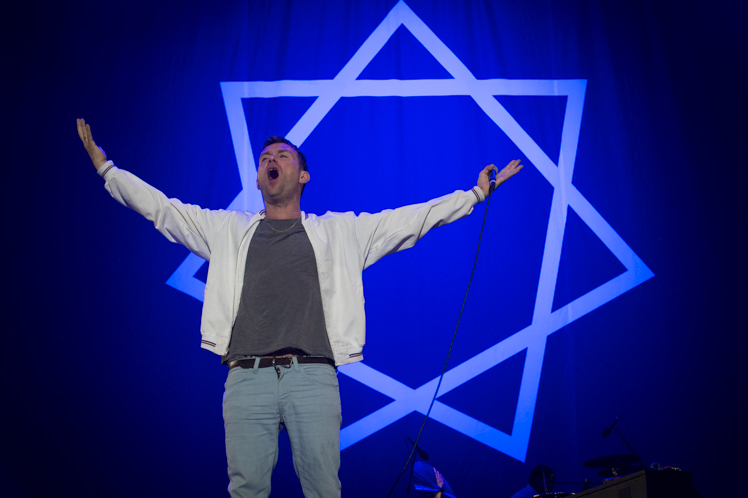 Frontman of British rock band Blur and the man behind virtual band Gorillaz, Damon Albarn entered the Green stage on Saturday night, standing in front of a huge glowing heptagram. Blur has a huge Japanese fan base, so the eager crowd full of fans was fully expected at Albarn’s first Japanese show presenting his solo project material.

Starting with the two hit songs off of his solo album “Lonely Press Play” and “Everyday Robots”, Albarn owned the stage with his rockstar presence. On top of belting out notes on the mic, Albarn kept the audience engaged by taking to the piano and the melodica, as well as MC-ing in some Japanese. His setlist was a true crowd pleaser, playing “End of a Century” by Blur and “Clint Eastwood” by the Gorillaz, as well as some songs from The Good, the Bad and the Queen to reach all types of fans.

At moments Albarn’s performance seemed a little too lullaby like in the cool air at night, but perhaps that’s just what the crowd needed after a long hot day at Naeba. By the time he played his last song “Heavy Seas of Love” with a team of choral singers, the grassy fields were left with a sense of peace and hundreds of smiling fans.