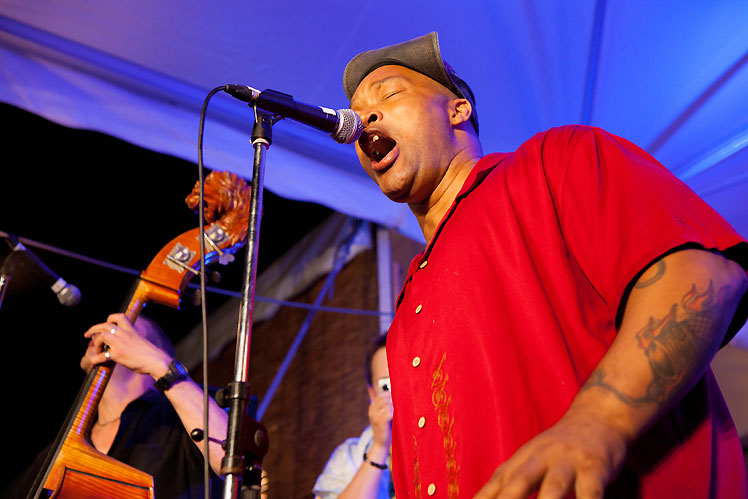 Black Kat Boppers are officially slotted to play four gigs during Fuji Rock 2014, and have tagged on an extra two shows as well by appearing at Thursday’s pre-fest bash and agreeing to play late Sunday night at the Gan-Ban shop outside the main gates. And you know what? If given the chance, I think a whole lot of Fujirockers would be ecstatic if the band somehow managed to squeeze in a few more Fuji Rock concerts as well!

Saturday night saw the British quartet turn the tiny Naeba Shokudo stage into a full-on dance party with their excellent vintage rock ‘n’ roll sounds. Despite being sandwiched between their mate Damon Albarn’s Green Stage show and Yoko Ono’s Red Marquee appearance, Black Kat Boppers managed to pack a few hundred fans around Naeba Shokudo who gleefully bopped and twisted along to tracks like “Brand New Cadillac.” While speaking to the crowd, drummer Colin Owens asked everyone not to forget The Black Kat Boppers. Judging by how much fun the audience was having, I don’t think the guys have anything to worry about.