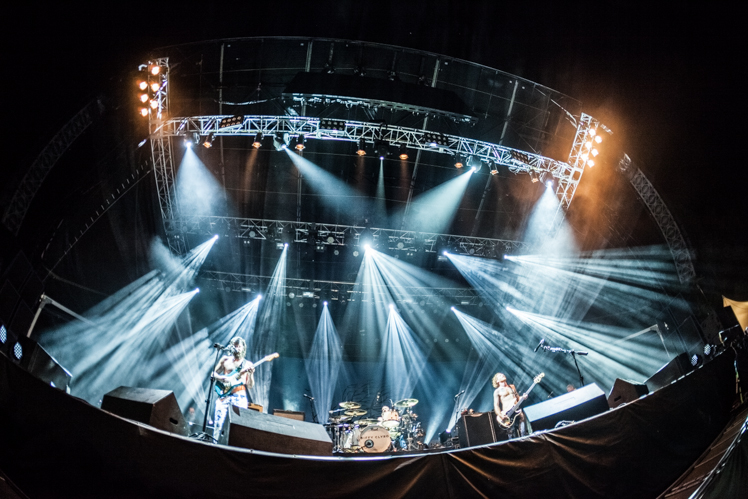 Biffy Clyro were truly happy to be here.

You could hear the sincerity in lead vocalist Simon Neil’s voice when he told the audience the Scottish rock group had been “dreaming of coming to FujiRock for f**king years.” The audience did their best to make them feel welcome in return.

Clyro opened the set with Different People, from last year’s Opposites, which laid out the map for the music to come – melodic, with references to smart ’90s pop like Weezer or Foo Fighters, but with more intricate, aggressive arrangements. At times the arrangements sounded as though Tool were trying to give a pop career a shot (especially the way the bass rumbled through some of the songs). Bassist James Johnston provided the most physical performance, climbing on the risers and banging his blond-mopped head.

The band took it down for one number, God & Satan, before proceeding through heavier material with songs such as Black Chandelier, Bubbles, and the current album’s title track. The songs are fairly earnest and the band reach for an epic sound – inasmuch as one can do that in what is ostensibly a pop song – and that sound carried out into the Naeba night. The White Stage is a big venue, but Biffy Clyro filled it with their big pop/rock music.