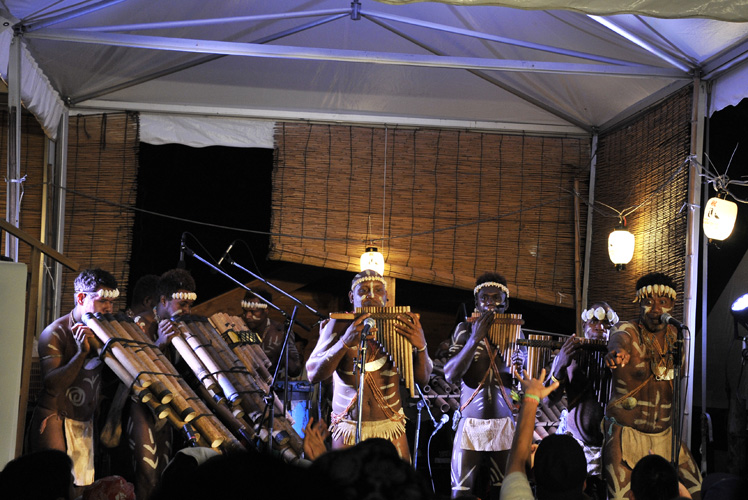 Hailing all the way from the Solomon Islands, Narasirato played three shows at Fuji Rock this year, including the more informal Naeba Shokudo stage on Saturday night. The pan pipe band dressed in traditional costume came in front of an eager crowd with their massive bamboo pipes, ready to get people moving.

Perhaps because of their experience of performing at Fuji Rock in 2010, Narasirato really knew how to please a Japanese crowd. The two vocalists got the crowd to clap, sing and dance along to the high energy music almost immediately. “I can’t hear you! Louder!” they would yell in silly high-pitched voices, getting laughs from the audience. Towards the end of their set, they played an original song called “Mount Fuji” with Japanese lyrics and a catchy chorus that goes, “Mount Fuji, Mount Fuji, Naeba I love you”. When everyone in the crowd was dancing and singing to the pan pipe music, it was one of those special Fuji Rock moments where people gather for the music and stay for the music.