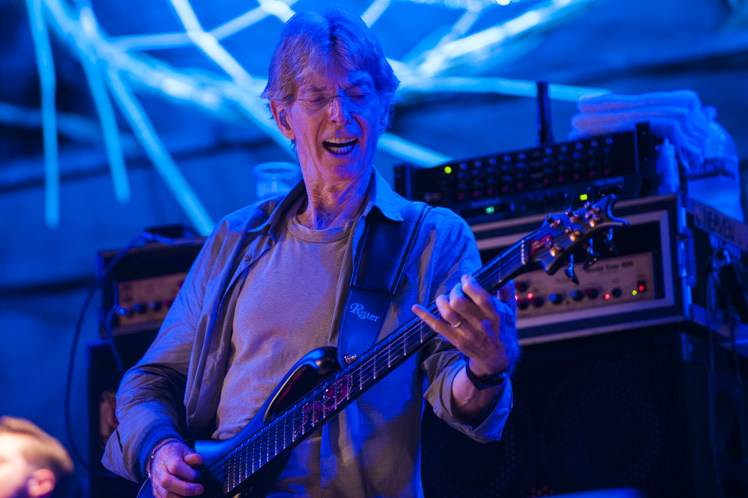 Local Deadheads have been waiting a long time for this. Since Jerry’s passing in they have had little to look forward to, with Grateful Dead bassist, Phil Lesh finally stepping in to fill the void. And though it’s not the all-star band that he has been known to tour with, each musician in his retinue were quite skilled. You could say it is Phil’s house band, the group of Bay area musicians that perform at his live house and restaurant, Terrapin Crossroads.

Constant performance has made the band quite adept at putting on a good show and giving the audience what it wants. And today, there crowd had amassed some 40 minutes before the show with the familiar tie-day shirts, pants, flags, what have you. The smell of patchouli oil also floated over the audience and other types of incense. The dim lighting of the stage would soon give way Phil and his bass as he stepped forward to say “Thank you. Fuji Rock.” For many in the crowd, this was their headliner.

The first set concluded and gave way to a 20 minute break. This was when the hits would come out as the opener was “Scarlet Begonias” as much of the audience swayed and danced along. And then it was Neil Young’s classic, “Down By the River”. Each song was stretched out and jammed to its fullest extent, a new interpretation which made every composition seem fresh. And then it was a cover by The Band. Phil treated the audience to an excellent evening of music, and though they finished before their scheduled time, it was still many hours of wonderful music.