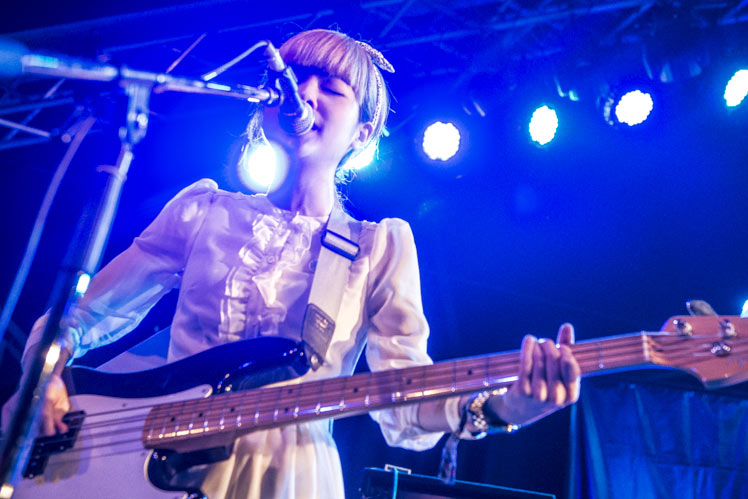 To me, shoegaze is mainly about depression and the lurking anger underneath it that only occasionally is allowed to lash out. So to combine it with some of the sweetness of indie rock would seem impossible. But that’s exactly what Manic Sheep, hailing from Taiwan, do. Chris’ calm female vocals are soprano but deadbeat, slightly buried underneath the high screaming guitar from Scott and Po-Ting’s guiding drums. Their second song leans more towards indie rock, the guitar losing some its shrillness and the bass rising into almost cheerful bounciness. The drums even relax from their previous rigidness somewhat.

As the song reaches its chorus, it has slowly evolved into something closer resembling shoegaze. The sweetness of the vocals contrast the high singing but raw guitar, which still has an abrasive edge with its piercing feedback but no real big kick or plunge. Their last song starts mysteriously and threateningly, with a series of progressively weirder riffs. Electronic drum notes and thrusting bass meander among the echoes of guitar reverb, before the guitar pulls them back into the song with a howling solo and defiant scream of feedback.

Manic Sheep keep their sound simple, letting the space between the bass and drums be filled by not only the guitar’s melody but its sheer pummelling avalanche of feedback noise. They also know when to dial it back and let their other more delicate side show as well. Between those skills and Chris’ ability to win over the audience (who more than a few were calling ‘kawaii’ by the end of the set), this band may prove a strong presence in the Rookie A Go-Go voting despite being foreign.