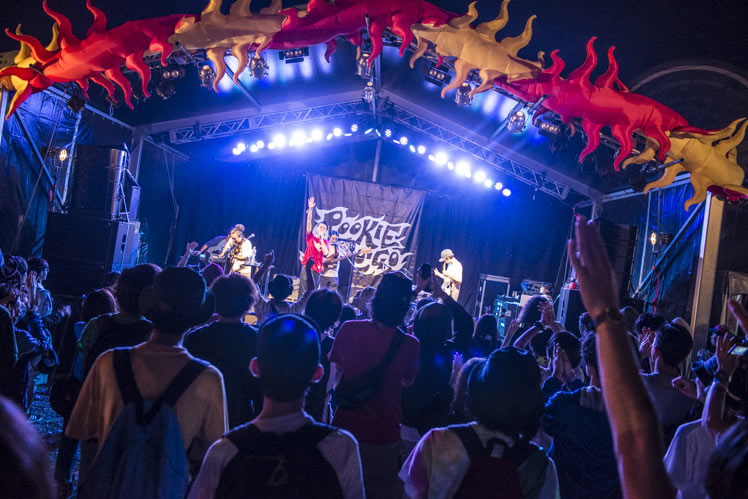 My first thought was that this was a kind of Japanese Jamiroquai. They’re a jazz band with a hell of a lot of soul. The vocalist says they’re doing “super jazz sounds”, and that sounds about right. He looks like Gary Numan, moves like Jar Jar Binks and sounds an awful lot like Style Council-era Paul Weller.

“I’m so cool, he’s so cool, she’s so cool, we cool,” sings the singer, and they are pretty cool. I’ve never voted in the Rookie-a-Go-Go poll until I saw these guys. I hope they win and play again next year.