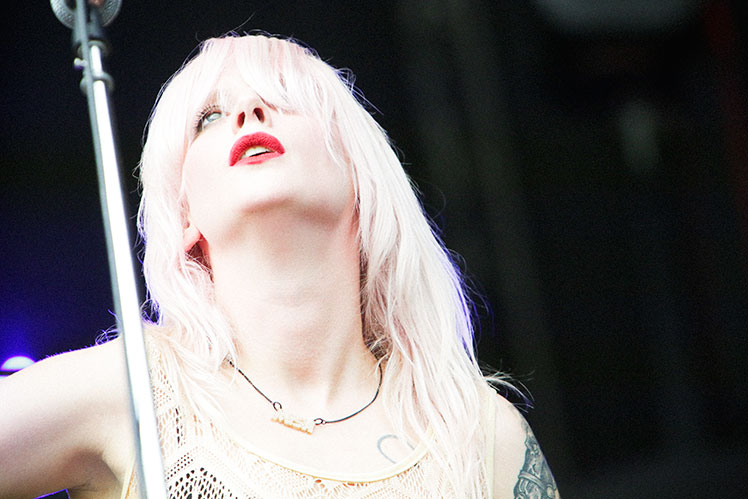 “We’re so happy to be here, I’m not even angry!” shouted Mish Way, White Lung’s fierce frontwoman during their performance on Saturday. The feeling was mutual when the Vancouver punk band took to the White stage, with fans moshing and crowd surfing to the blaring noise in the harsh heat.

White Lung stirred up a loud electric storm all through the White stage from their first song “Drown With The Monster”, a ferocious punk rock track with a riot grrrl vibe.. The band’s three-chord structure and simple, fast drumming might have started sounding repetitive to some, but the crowd couldn’t get enough of the whiplash-inducing intensity. Mish Way’s stage presence and charisma really kept the band’s performance engaging; just her look alone would make you think Courtney Love was making a guest appearance.

Sometimes it can be challenging for an underground band used to playing grimy live houses to take on the big stage at a festival. It’s harder to get your crowd rowdy when they’re blocked by a wall of security. Watching her sweaty audience mosh hard to their music, Mish Way said, “I wish I could come down there but I’m ‘not allowed’. Not fair!”. We wished the band stayed truer to their punk roots and just said f*** it and dived in the crowd anyway.