Blueside of Lonesome with Ozaki Brothers 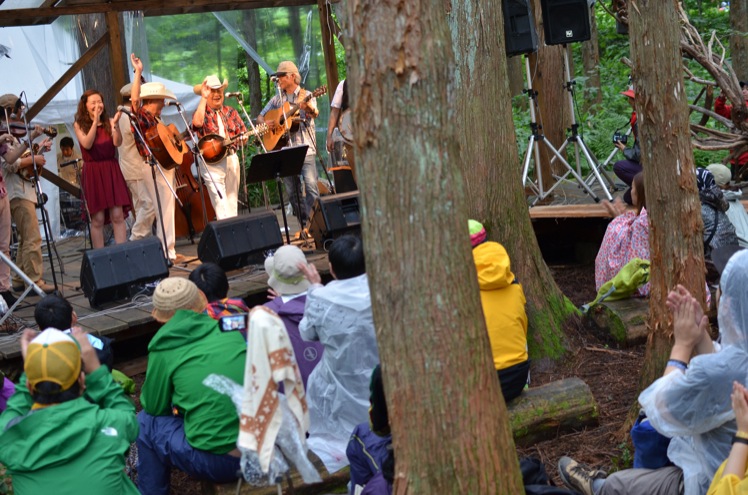 If ever a band underpromised and overdelivered it was this one. The name suggests we’re heading for 40 minutes of gloom and woe, but what they actually play is jolly old bluegrass. There are six people on stage, playing a mandolin, fiddle, double bass, banjo and guitar.

The singer, Yoshie Sakamoto, has an amazing voice, and obviously a pretty strong memory to get all these lyrics down in her second language.

We’re about 15 minutes in when we meet the Ozaki Brothers. One of them’s 81, the other is 83, but they’re dressed in matching outfits as if they were 8 years old and their mum still picks their clothes.

The Ozakis seem to like the faster end of bluegrass, and suddenly we’ve got a party in the woods. The old boys tear through a couple of tracks before heading backstage for a sit down.

The youngest guy on the stage — really the only one who comes close to being young — is the fiddler, and he steps up to sing John Hartford’s Steamboat Whistle Blues. He’s got a great rhythm to his vocals, and he absolutely nails the song.

After a few more tunes from Sakamoto, the Ozaki boys come back for a rousing finale. Hopefully they’ll be around long enough to come back and play again.