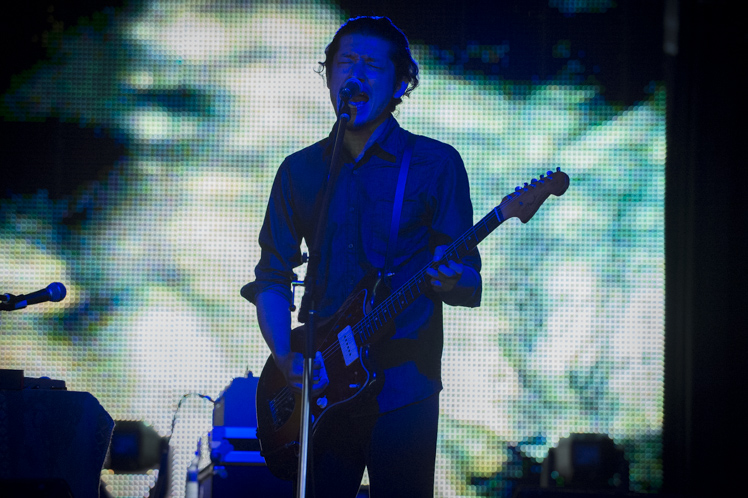 After two days of sunshine and heat, Fuji Rock’s Sunday morning saw the sky finally open a bit and bring some rain to Naeba. Starting out as a light drizzle and then turning slightly harder, the weather conditions pushed punters to get their ponchos out…and drove a large chunk of the early risers over to the roofed Red Marquee stage. Turns out the weather would be a boon for Japanese rock outfit downy, who played an 11:30 a.m. show at the same place where everyone scurried for cover from the precipitation.

What they got was a jolting show heavy on distorted guitar and reaching-for-the-back-rows singing, all set against a whirlwind of images ranging from TV static to animated squids knocking their tentacles against the ocean. This rush of backdrops worked well against downy’s driving music, an energetic tumble not afraid to twist into near-math-rock shapes. A lot of people were simply seeking shelter, but downy gave them a good show too.