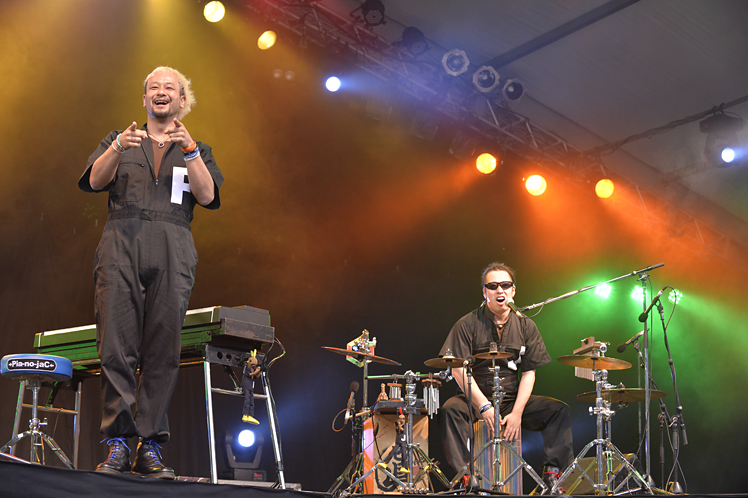 It’s the third and last day of Fuji Rock and the sleepless festival life has really started to take its toll on people. But when →Pia-no-jaC←, the piano and cajon duo came on stage, the Orange Court was jolted back to life with their banging melodies.

The two started off playing a medley of classics by the like of Beethoven with twice the energy and speed, smoothly transitioning into familiar tunes like “Supercalifragilisticexpialidocious”. Watching the crowd dance to songs you would never think of dancing to, it was thrilling to see how much power just a piano and cajon could bring to the stage. The show’s electric energy also came from the duo’s stage presence and MC-ing. Hyping up the crowd by yelling, “we’re gonna play you the best music there is!”, the two would switch between piano solos and cajon solos.

It drizzled a little at the beginning of their performance, but by the end of →Pia-no-jaC←’s show they brought the sun back with their energy-fueled music. Even if it was still raining, the crowd wouldn’t have noticed anyway since they were too focused on jamming to the piano and cajon.