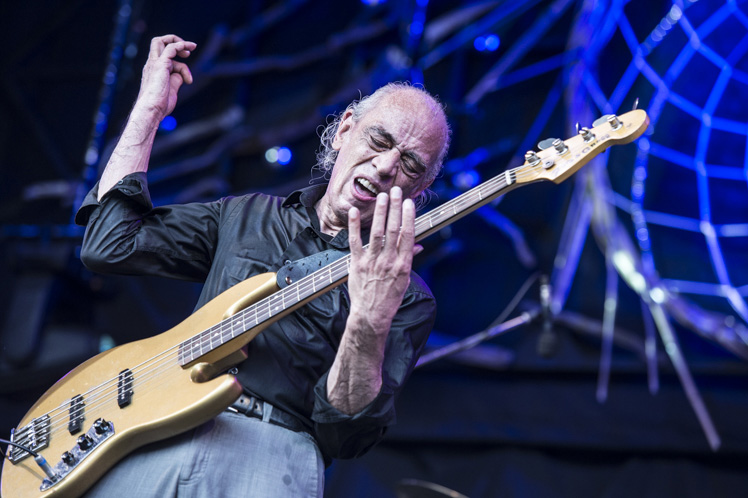 Norman Watt-Roy has spent the bulk of his career away from center stage. The England-based musician first got a taste of success as part of the band The Greatest Show on Earth, who scored a Europe-wide hit (number-one in Switzerland!) with the song “Real Cool World.” Later on, he played bass as part of Ian Dury’s The Blockheads backing band. Yet only recently as he stepped out as a solo artist, including an afternoon set at The Field Of Heaven at Fuji Rock that saw him delivering a show that hopped between being laid back and fun enough for the pub.

Backed by a three-man band, Watt-Roy started everything off with an easy-breezy number highlighted by hearty portions of sax blasted out over the feel-good groove. Yet he wasn’t phoning it in on the bass – he plucked away and moved all over the stage, to the point he was out of breath when it came time to talk about the next song. He was a bit less in motion on the next number, because that one came off as a bar-room stumbler, built on spluttered vocal delivery and accordion. From there, he would zip back into the more relaxed stuff…sometimes opting for instrumentals…but not be afraid to edge into other territory as well. He’s making the most of his solo turn.