THE PAINS OF BEING PURE AT HEART 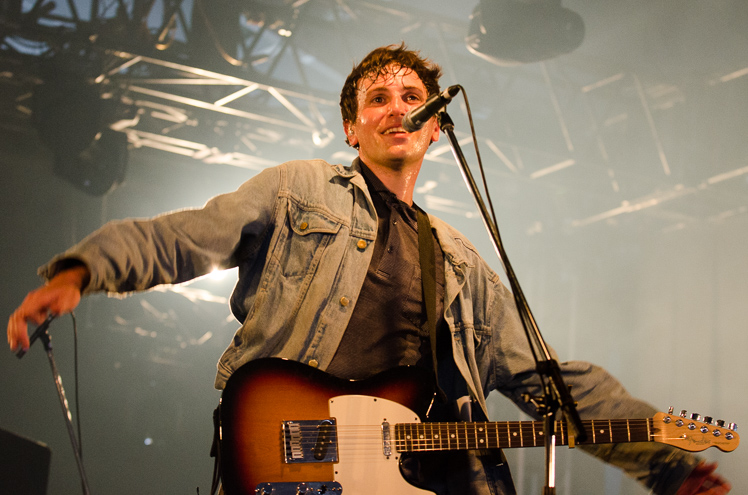 Every time I see an indie band like this that has opted for aching sincerity over the least shred of showmanship, a narrative enters my head. As children, they were the kids who resisted wearing nice clothes to weddings, funerals or church. They didn’t play sports in high school or want to study anything practical in college. Even now they continue to imagine they can live their whole lives wearing jeans and t-shirts and living in a not-really-that-rundown wooden house in a lower middle income neighborhood, which is more likely than not in a well known college town, or else a “cool” part of Brooklyn. (Pains actually lives in New York City.) As a band, they satisfied to be not as good as their heroes, bands like Superchunk or obscurities they discovered on college radio, believing they will never be as good. And yet they still think of themselves as secretly special, and they pursue this as a lifestyle, and somehow they have followed this path faithfully enough get nominated by their slacker peers as emblems of this mushy normalcy, and the feckless now of rock ‘n roll. They ended up here because by their late 20s, they discovered the preferred a life of going to coffee shops in the later afternoon and discussing the meaningless technical details of being in a band, while hearing people say, “That’s cool what you tweeted about your tour in the Pacific Northwest.”

As I watched the Pains of Being Pure at Heart Sunday at 3:10pm at the Red Marquee, these are the narratives that their music propelled into my head. The only thing that impressed me was how non-remarkable they truly are. They even did things to underline their utter banality on their own, like dedicating the last song to all the volunteers at the music festival, because it’s important for them to publicly affirm that they are, like, sympathizers with pretty much everybody. I ran into some friends at this Pains show, They readily affirmed that they liked the band, but it was halfway through the set and they were leaving. We should consider this typical.