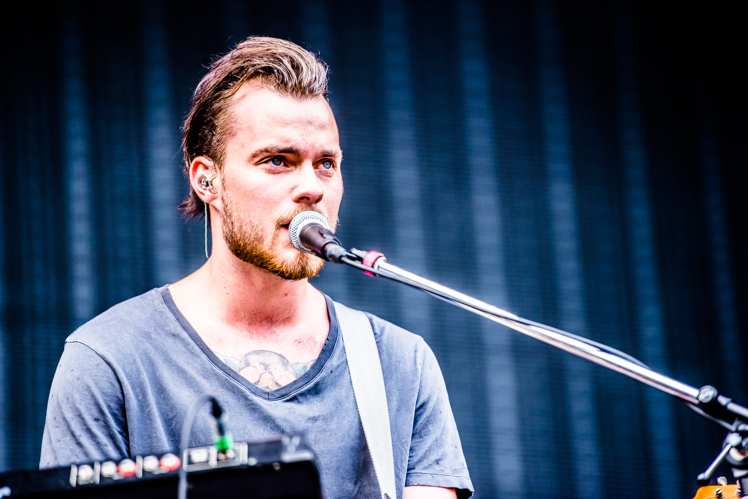 If you’re a fan of Icelandic singer Ásgeir Trausti Einarsson – better known simply as Ásgeir – it’s because of his dreamy, mellow music; somewhere between an acoustic Sigur Ros and a slightly electro Bon Iver. That comparison comes down to his incredible falsetto, especially effective while singing in his native language; truthfully, his music is its own thing, a melancholy melodic rock/folk sound that’s pretty even when it’s painfully sad. He did a cover of Nirvana’s “Heart-Shaped Box” that took the original’s scorch and turned it into tears. It was kind of great.

The problem, unfortunately, is that while the band played immaculately and the songs were good, Ásgeir and his band said and did little on stage. While the music hardly calls out for dancing girls or pyrotechnics, there wasn’t much to see, and that’s not even considering the fact that such mellow music could be a hard sell on an a mid-afternoon audience at a rock festival in a foreign country.

Still, there were plenty of fans at the White Stage, cheering when they heard the first chords of their favourite songs. Others may have been left thinking that the setting was not entirely appropriate.