THE King ALL STARS 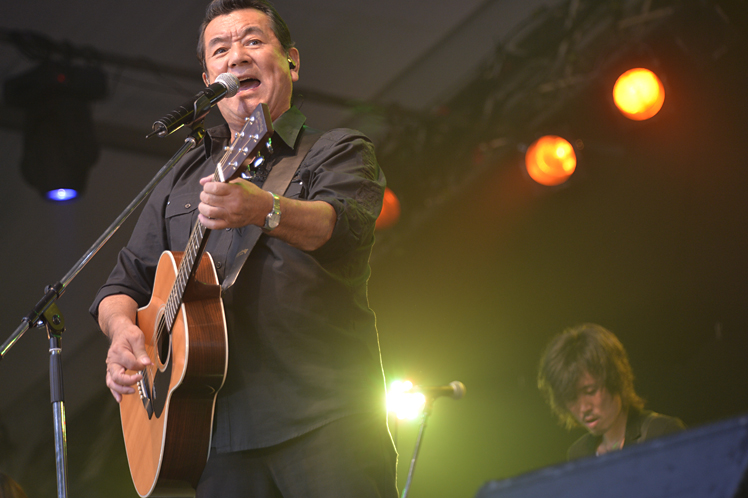 Fuji Rock is oftentimes a great place to catch supergroups, whether they be new projects started by restless long runners or fun one-off collaborations. THE King ALL STARS are, as the name hints at, one such collection of very famous music people, and they made their Fuji Rock debut Sunday at the Orange Court. Yet this was an especially loaded outfit, a generation-spanning unit featuring folks from influential rock bands like MONGOL800 and The Collectors, newer names such as The Hiatus and many more studio pros. And, of course, fronting the whole thing, is Kayama Yuzo, one of the most famous movie stars in the 1960s in Japan and an equally renowned music artist. A very simple way to sum him up would be as similar to Elvis. Which…well, who do you think the “king” refers to?

A packed crowd watched as Kayama strutted on stage with his band to rip through throwback rock songs, most coming off of their recently released debut album. They played a loose, chug-a-lug of a set, with bop-around-ready songs taking cues from American rockabilly and with hints of a genre Kayama made a name for himself with musically in the ’60s – surf rock. Kayama, while playing guitar, sang vocals that were easy for the crowd to pick up on and shout out with him. And fittingly, they paid homages to Elvis, from the general way certain songs unfurled to the direct shout out of “one for the money! two for the show! three to get ready,” that opened up one song. And, thanks to the skilled names involved, they made sure it was a good-sounding homage at that.