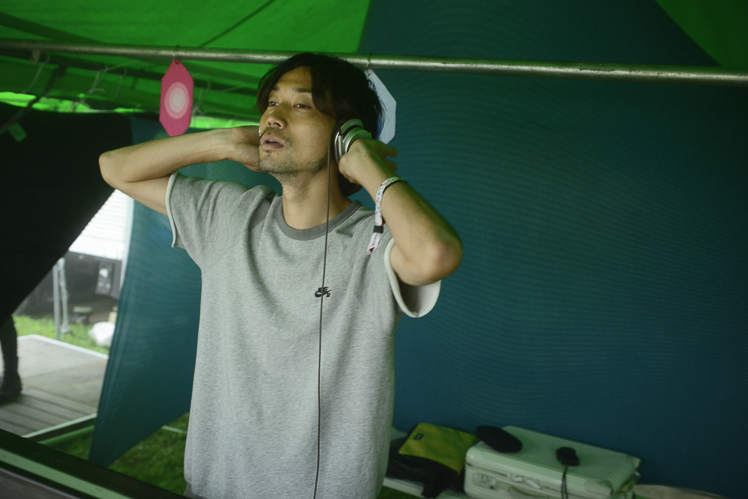 The Day Dreaming / Silent Breeze stage was shrouded in a thick fog at 10AM on Sunday morning, right when DJ So started playing his mix of deep house. The stage didn’t look much like a dance floor with people bundled up in rain coats spread across the field, but the seasoned DJ took the audience deeper and deeper into the music with his underwater-like sound.

DJ So has been DJ-ing and organizing events around Japan for quite some time, being a resident DJ at the legendary festival Labyrinth and putting together the TRI-BUTE parties in Tokyo. Having an early morning slot at an empty stage seemed like fun rather than a challenge to the DJ, allowing him to play whatever he wanted with the beautiful mountains as his backdrop. DJ So started off playing more ambient tracks, slowly building it up to deep house with a harder beat. There couldn’t have been a better match to the misty weather than the whispery vocals and bubbly basslines that echoed through the field, making you feel like you were in an underwater dance party.

The fickle weather at Fuji Rock is often blamed for killing the mood, but hearing an artist take hints from the changing weather around them was refreshing. Where else could you see a crowd in raincoats and boots dance to deep house?