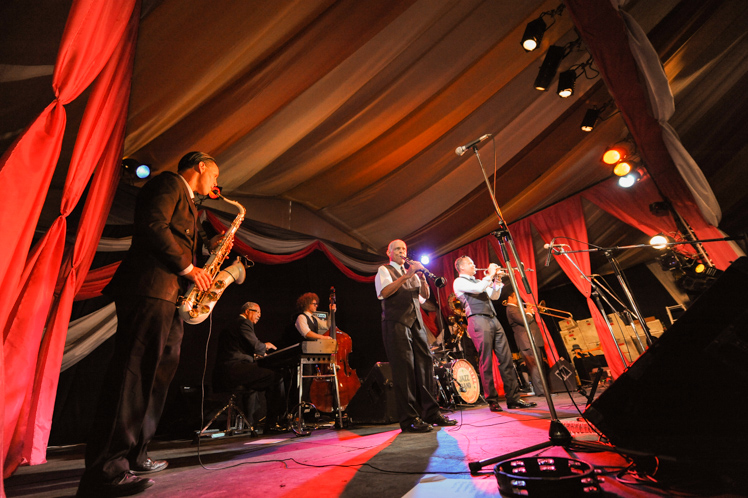 New Orleans based Preservation Hall Jazz Band played its second of two sets on Sunday in the small Cafe de Paris stage. Having surpassed its 50th anniversary a couple of years ago, they show some things do get better with age; we don’t always have to search for the next big thing in music when what we have been looking for has been here the whole time.

Founders of the New Orleans based preservation hall and the jazz band, Allan and Sandra Jaffe would be proud that their son Ben has been continuing their legacy of championing and growing New Orleans music. This is music that has stood the test of time and continues to excite audiences whenever it’s played live. New Orleans jazz is my kind of jazz. It isn’t stuffy, complicated, introspective music. Its music meant to share joy and sorrow together, to shout out and sing together and more than anything to get up and dance.

The crowd was feeling loose and ready to party into the home stretch of Fuji Rock, so they didn’t need much convincing when band leader and trumpeter Mark Braud urged us to “shake our thing”. Through their 50 minute set the band played through its extensive repertory of classic New Orleans jams such as “St. James Infirmary” as well as playing a few of its original tunes off their recent album, That’s it!. Through it all, both the band and the audience didn’t let up dancing, smiling and having fun. At the end of the day, the audience coming out of a show with a big smile on their faces, I’ve come to realize, is the most important thing an act can hope to achieve, these guys have been doing that for over 50 years, here’s to another 50.