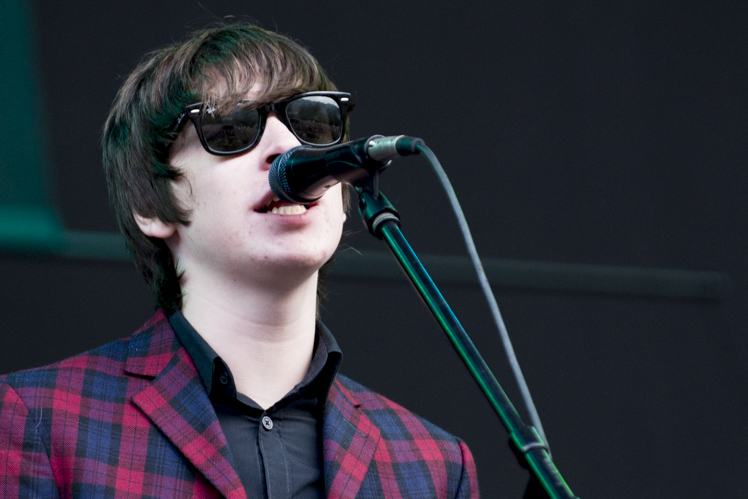 The Future is Looking Bright with Stars like These

The Strypes took on the Green Stage mid-afternoon on Sunday and commandeered it with confidence. It was refreshing to see something other than old folks taking over the biggest stage of Fuji Rock. Their fast-paced rock from yesteryear kept the audience on their toes for what seemed like a very short hour, and yet they still managed to fit 16 songs during that time.

In a show that would leave audience members gasping for breath, The Strypes raced through a veritable smorgasbord of new hits and familiar covers, including crowd favorites “What a Shame” and “Angel Eyes”. They radiated confidence that had been slightly lacking at their Asagiri Jam appearance last year. Bassist Pete O’Hanlan in particular stole the show, staring wildly at the crowd between harmonica plays with such intensity, a normal person would collapse from lack of air.

Guitarist Josh McClorey too, excelled with his guitar finger work and was happily showing off some of his moves to the adoring Fuji Rock crowd. Evan Walsh on drums laid the foundation for the band’s speed blues, and kept the other members in line and on time. Vocalist Ross Farrelly also had some moves to show off, swiftly moving to and from the mike.

The only part where the boys are still lacking is handling the crowd. Though they fared better than at Asagiri, given the love and adoration I could hear being expressed in the crowd, The Strypes should have been able to elicit better responses when they asked for them. Then again, they’re still young and have time to figure that out.

The band’s technical skill, speed and sheer craziness never ceases to amaze. The crowd lapped it up (as well they should!) and after it was over, waited around in case there was more. Sadly there wasn’t, but perhaps they’ll be back again soon…

The Strypes, along with New Zealander Lorde are hopefully indicators of a trend towards young talented artists honing their skills and making it big time. The future is looking bright with these stars laying the ground for the next round of newcomers.