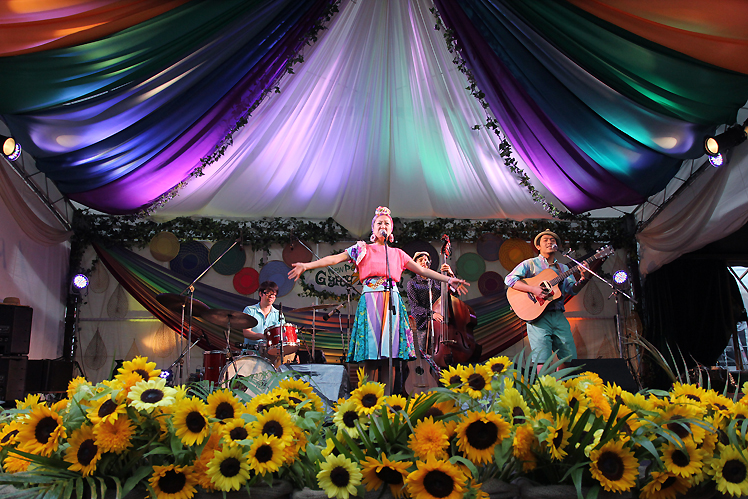 Before it all kicks off, the stage is taken over by the next door NGO Village to advertise their work in trying to improve the world a little. It’s small things like this that make you realise how special Fuji Rock is, that it just isn’t a music festival but part of something bigger. However, it’s not the only takeover of the stage as the MC of the stage hijacks not only the stage but also the band to briefly to thank the crowd for coming in song form. But then he turns it over to the band’s true mistress in all her multi-coloured glory, Kuwado Kayo.

Two acoustic guitars form the core of the band’s sunny sound, with tapping light drums and plucked, jumping double bass filling out the sound underneath the melody. The music is tropical bright and the dressing of the band reflects it. Overall, it sounds like country music would if it started in Fiji or Tonga with a heavy dose of sugary sweetness to go with it. The next song has a hint of dancehall to it, laced with traditional enka vocals. The introduction of harmonica only reinforces the world roots of the band and acts as a harsh antidote to the rest of the band’s sweet harmony.