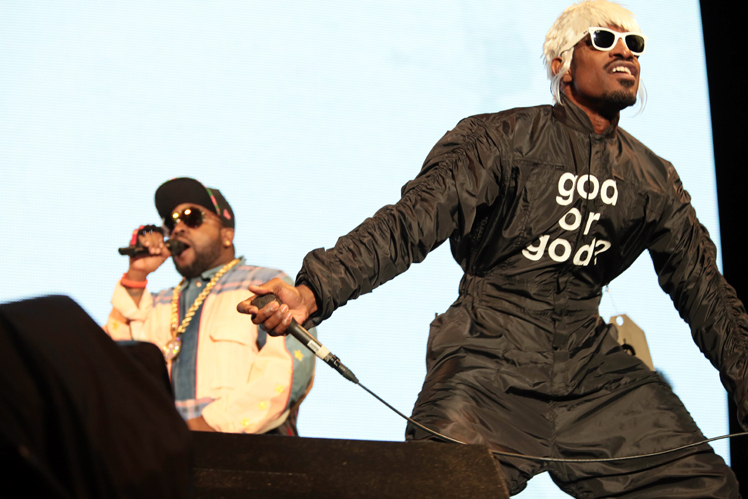 Everyone hoped it to be, but no one actually expected Outkast’s show to be this good after a six-year hiatus. The hip hop duo from Atlanta delivered a polished performance with a dream setlist, giving their audience everything from the old school to the new school and the dance floor heaters to the sexy slow jams. The only major criticism would go towards the crowd who weren’t dancing hard enough!

As their high-energy track “B.O.B.” started playing, Andre 3000 and Big Boi joined the backup singers, bassist and DJ on stage, welcomed by screaming fans. Following their first track by classics like “Rosa Parks” and “Da Art Of Storytellin’”, both rappers rolled out their verses perfectly while managing to run around the stage and hype up the crowd. But the audience really got moving only when the duo played their smash hit “Ms. Jackson”, singing the familiar chorus out loud, complete with the famous “ooh!” note. R&B singer and frequent Outkast collaborator Sleepy Brown joined the duo on stage with their hit song “The Way You Move”, making the great show even better.

Live hip hop performances can be dicey in Japan simply by nature of the language barrier. When artists don’t get the response they want from bantering, some turn their nose up at their foreign crowd and try to get to their last song with as little effort as possible. The crowd at Fuji Rock might not have compared to their US ones full of diehard fans, but Outkast showed no sign of discouragement and put on a darn good show. Before playing their last song “The Whole World”, the duo said, “we don’t do [music] for black people, for white people, for yellow people or purple people. We do it for everyone!” In deed, Outkast are professional performers who can get a crowd of all ages and nationalities jumpin’ like kangaroos.