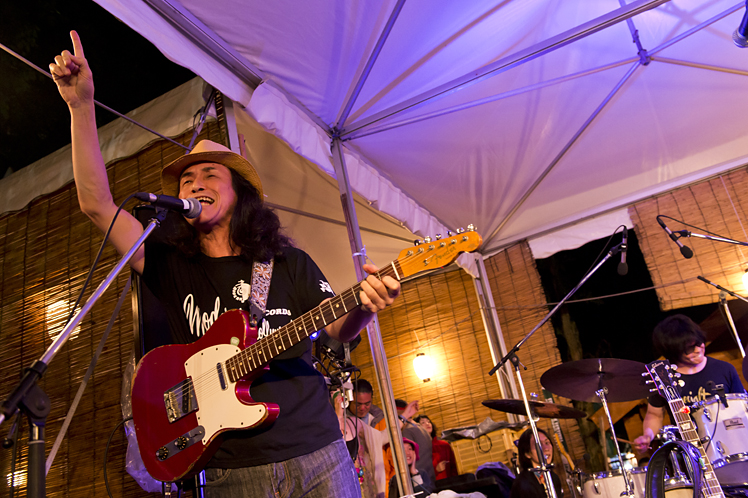 This is blues for people that aren’t blue about anything at all. Can we call it party blues?

There’s singer-guitarist Taiji Sato from the jazzy soul group Theater Brook, and, as a surprise addition, June Yamagishi, fresh from his (yeah, it’s a he, despite the girly name) performance with the soul legends at the other end of the festival site. This is the third time he’s been on stage this weekend, and it looks like it’s the one he’s enjoying most. The other lads give him a big solo, and he shows exactly why people always want to work with him.

Most of the set, the chaps are straddling the line between funk and blues. For many of us, it’ll be the last live show we see at Fuji Rock this year, and it’s a cracking way to wrap things up.