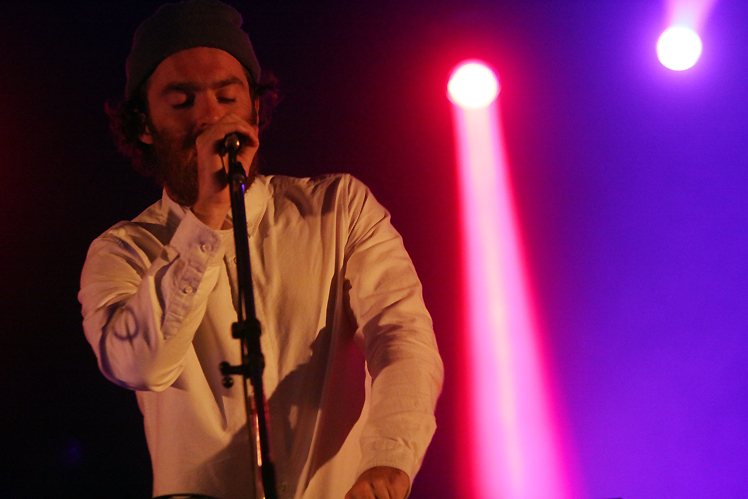 Perhaps I had been anticipating the funk and soul beats upcoming with Mr. Scruff about to play next, perhaps it was his short 45 minute set time that I couldn’t really settle into the slow, introspective beats of producer/singer Chet Faker. He came out with a board for making beats, a small keyboard, a laptop and of course a mic. It wasn’t a bad set, but I felt like something was missing. His energy couldn’t live up to some of the other acts I had seen earlier and couldn’t keep me overly attentive some 30 hours into listening to live music that weekend on minimal sleep.

I couldn’t help thinking perhaps he would have fared better on another stage or maybe an earlier set time. Regardless, I did enjoy it on some levels, he certainly is a talented producer and singer. He has been touring his debut 2014 album, Built on glass. The set was filled with mostly tunes from the album, including the crowd favorite, “Talk is cheap” which elicited the most cheers. That is, except for the tune that first garnered his attention, the stripped down and soulful cover of Blackstreet’s 1996 classic, “No diggity”. I must say, I did very much enjoy hearing this tune live as did the bulk of the others in attendance.

Again, it wasn’t a bad set, and Faker is surely a talent to keep and eye on. I know I will be giving him another chance; just because his deliberate and artful style didn’t work on me tonight doesn’t mean he cant win me over in the future.