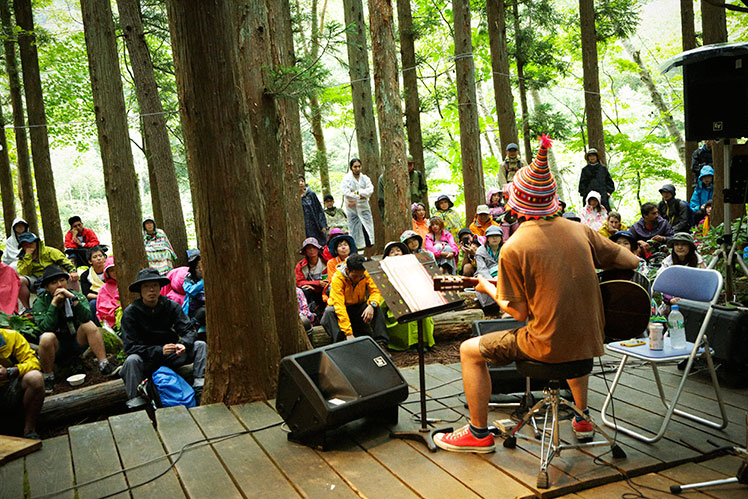 By the third day of Fuji Rock, one really needs to take some time and duck away from the bigger stages in favor of the ones buried in the forest. For me, that was to see Inomata and the Guitar, the lead singer of the Japanese band DR. DOWNER (also part of Red-Marquee-act PHONO TONES) playing an acoustic-only set just off the boardwalk. Despite a very light rain trickling down, Inomata delivered an intimate, oftentimes fun set that found him flexing his vocal chords (he could switch from a straightforward delivery to a throatier growl pretty quickly). It was a very simple afternoon set – it often seemed like just as much time was spent on chatting with the crowd as playing songs – but a nice breather from everything around him.