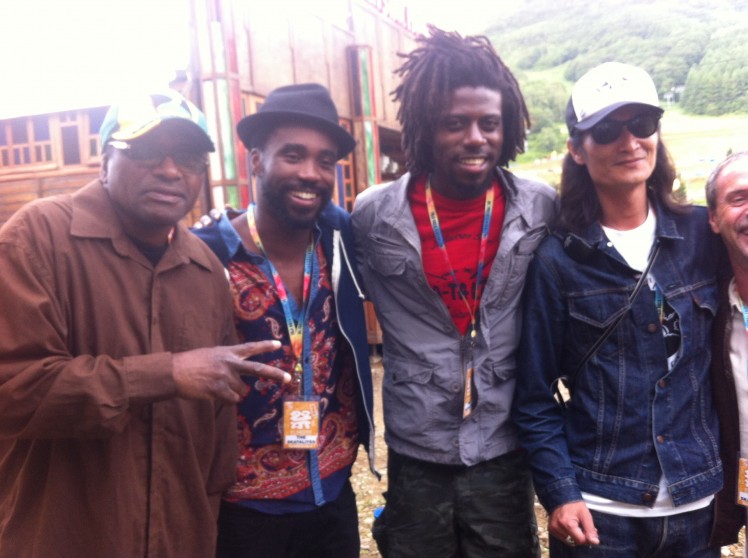 The Skatalites at 29 o'clock

After a ska-soaked Sunday, several members of the Skatalites were still hanging around the Palace of Wonder past closing time on Monday morning around 5am (or in Fuji Rock time, that’s Sunday at 29 o’clock). This is one of the things we truly love about the festival, how artists not just to play, but also to hang out and be part of the larger Fuji Rock community.

In the food court near the ticket booths, I also ran into Mop of Head, the Tokyo-based electro band that played the Red Marquee in 2012. Even when they’re not playing the festival, they work as staff. Frontman George Wakamatsu also DJed a couple shifts on the Ganban Stage.

Lastly, Monday morning, peering through the confessional-like gratings into the DJ chambers in the Miniscule of Sound (the world’s tiniest night club), I’m pretty sure we spotted a man known as “Pockets”. He was DJing under a pseudonym of course.