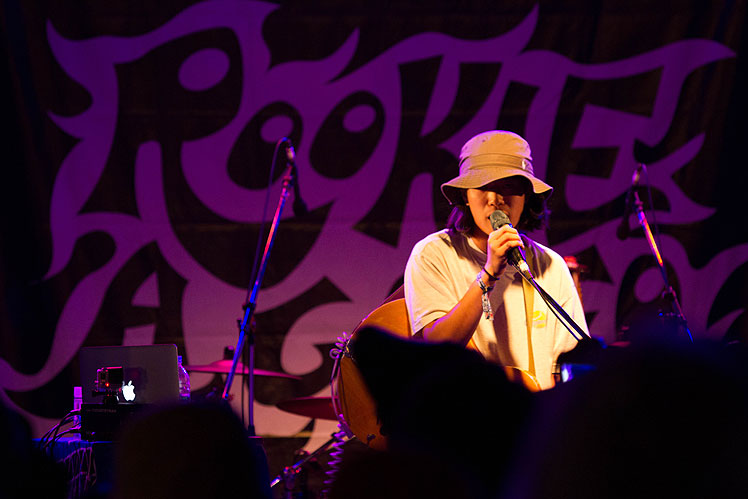 The Rookie A Go Go stage can be a mixed bag of talent and taste, so it was especially surprising to watch the one year old band Yogee New Wave play polished pop at their first show at Fuji Rock.

The college graduate four-piece have a relaxed, almost lazy sound similar to the Fishmans, with vocal and guitarist Kengo Kakudate’s young but strong voice giving their songs a backbone. Their song “Climax Night” is a catchy tune about young adult frustration, but serves not as an outlet for anger and instead embodies the passive, “oh well” attitude seen in a lot of Japanese youth nowadays. Their sound and lyrics aren’t out of the ordinary in any sense, but Yogee New Waves sound so fresh and current. If they can make pop music like this in just a year, we can hardly wait to see what they sound like next year.