Best of the Fest: James M 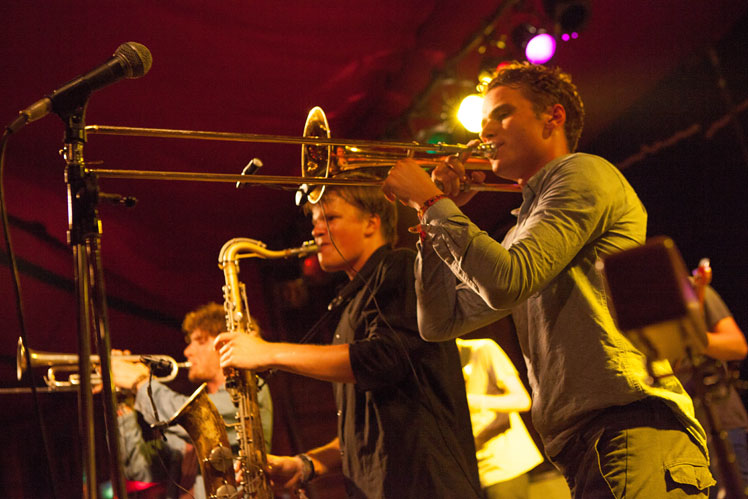 This was my second year in a row to come to Fuji Rock for the full schedule from Thursday to Monday. I’ve realized this is the only way to do it. Even coming for 4 days, it’s hard to take it all in. I still found myself running from stage to stage, having to only catch half sets and having to make big decisions on what to watch at any given time. Inevitably, I still have regrets on missed music or areas not explored, but that’s what keeps us coming back year after year. Am I right? In total I was able to catch over 20 acts spanning the 3 days. They were all great in their own way, but of course, this post is about picking the cream of the crop. So, almost as hard as it was to decide my schedule, here is my best of the fest.

I had high hopes for this afrobeat/funk/jazz act from Amsterdam coming into the Fuji Rock. Upon seeing their Saturday night show I was blown away. Seeing them again the following morning, after I’m sure they had been partying all night just further confirmed my top spot for Jungle by Night. They’re stupid-talented and have an awesome stage presence. They looked like they had an absolute blast, as did everyone rocking the palace on this night, music should always be this fun.

Even though one of the soul legends, Lavelle White, didn’t show up, this was still an amazing show from both Bobby Rush and Syl Johnson. These 2 guys have been making music and performing longer than Jungle by Night’s parents have been alive. Rush and Johnson proved why they truly are soul legends; they’ve stood the test of time and still sound great.

“We’ve been going in and out of style but we’re guaranteed to raise a smile.” Band leader Marc Ribot said it best during the performance. Their brand of Philly soul, funk, disco, groove and more kept us smiling and dancing away the whole set through.

The Heavy brought it hard and heavy. They shook the green stage up despite playing at 11 am Saturday morning. I already liked the heavy going in, but their live show way exceeded my expectations and brought me to really love this band. If front man Kelvin Swaby is this much of a force at 11 am, I’d love to see him in prime time.

I’ve been an Outkast fan for a long time, and just had to include them in the top 5. They were the group I was most highly anticipating going into Fuji Rock. While the crowd might not have been as hype as other sets at the fest, Outkast still brought the goods delivering a banging best of set any fan would love.