Thank You For Rockin’ Safely This Year!

Attendees followed the festival's requests for a safe and fun weekend

After last year’s Fuji Rock cancelation, the organizers were determined to make this year a safe and successful event that would set a leading example for the New Normal in the live music world.

The requests could come off unusual if it weren’t for the unprecedented times we live in today. Before every show at every stage, the MC reminded audience members of the request. 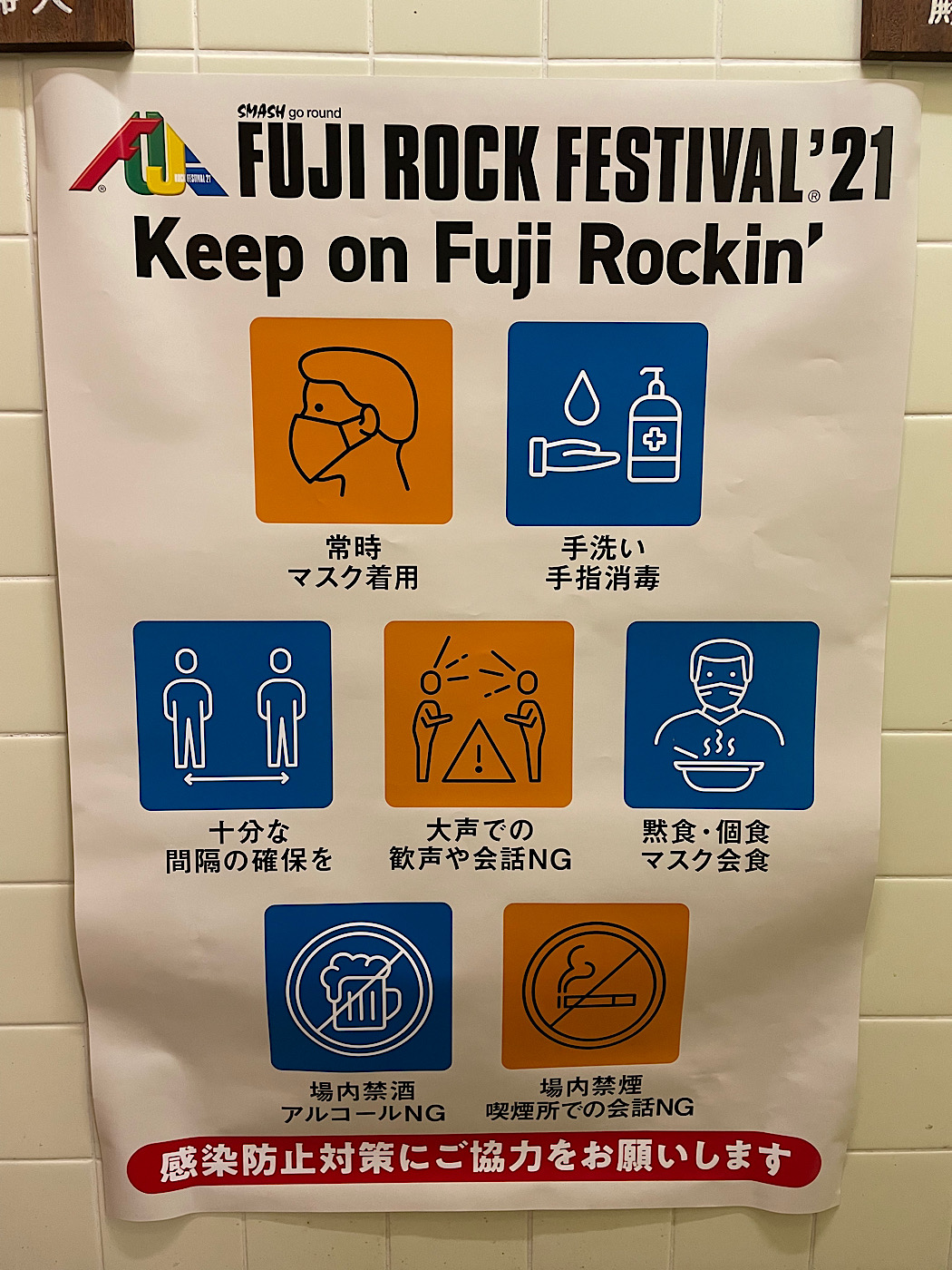 At live shows, the following were requested:
– Mask on above the nose at all times
– Keep social distance
– Do not cheer, shout or use loud voices
– No singing
– No eating or smoking
– No alcohol consumption

The audience were asked to show their support for artists by clapping. But the usual ways that artists connect with the audience – such as singing or cheering – were not allowed. Many artists asked their fans to sing in their hearts.

Dancing was allowed and encouraged, but to a degree that didn’t break the social distancing rules. All stages had markers on the ground to indicate the social distance. The MC at the Green Stage endearingly said that every time he asked people to stand by the markers on the ground, everyone looked down to check. He was grateful that even after two days, even after dozens of sets, he would still see all the head move to look down at the ground to check. 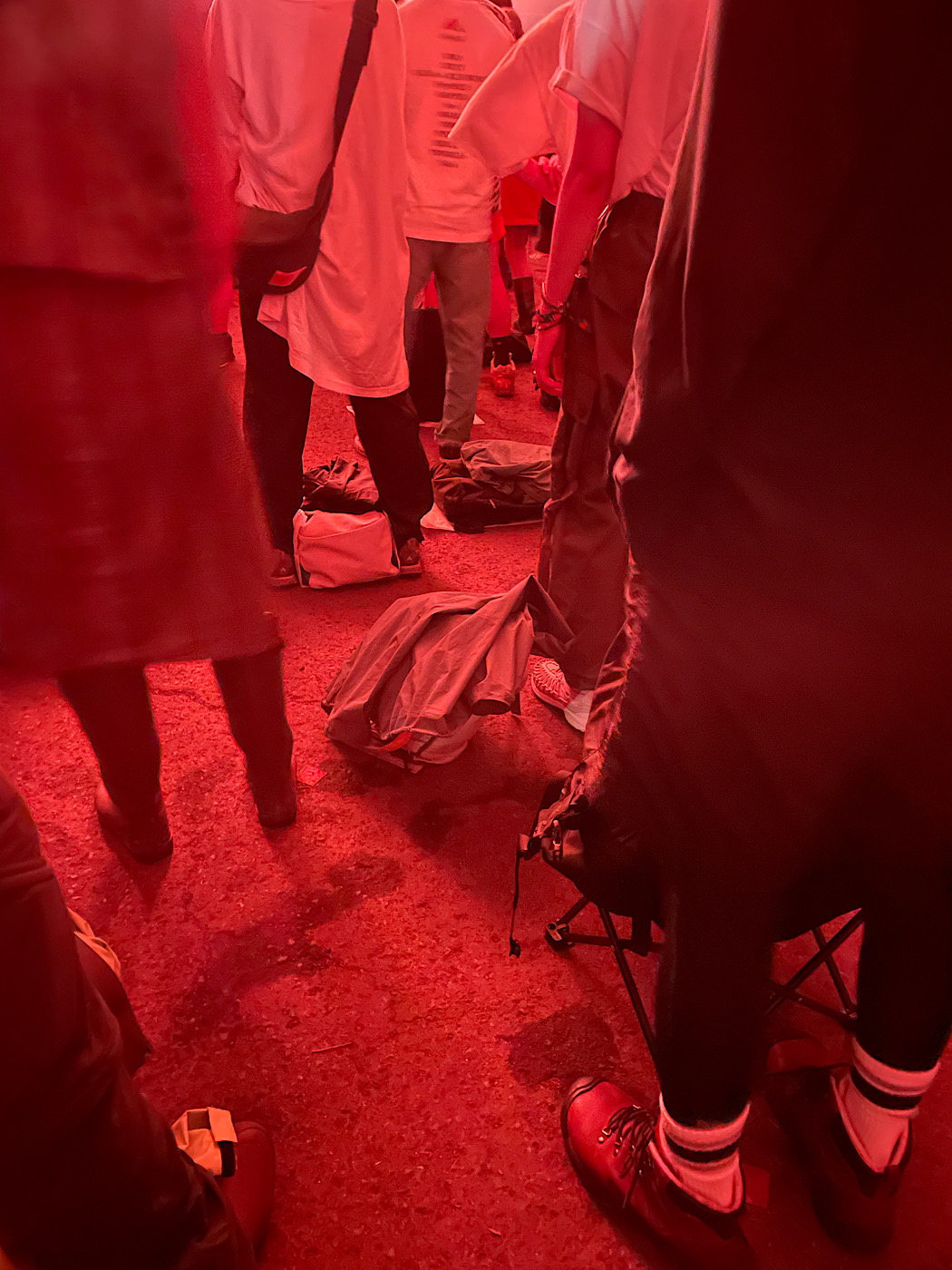 Audience near the front of the stage at Red Marquee. Even up close to the stage, people still kept the social distance in between.

You’d think that with so many attendees that some would break these rules. You’d think that with the incredible dance-worthy and cheer-worthy shows the artists put on, it’d be hard to resist. But as far as we saw, people respected the rules while still enjoying themselves in the capacity they could.

It made for an odd, but successful Fuji Rock Festival. We hope that the energy and momentum will stay high and that we can see some of the live music traditions come back to life soon.

Thank you once again, and see you all next year!