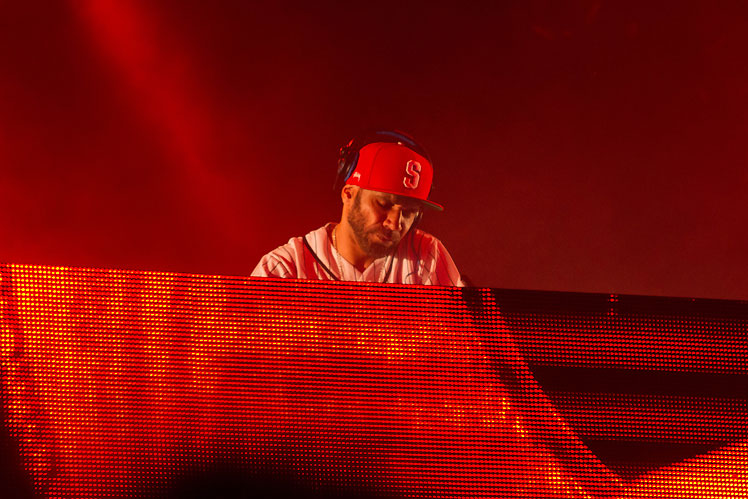 Goldie is a bit of a jack of all trades, dabbling in acting, design, graffiti and running his record label, Metalheadz (which is celebrating its 20th anniversary this year). Although he has branched out significantly, Goldie proved that when it’s time to throw down on the decks he can still rock a party with the best of them.

From about 10:30 pm every Friday night at Fuji Rock, the Orange court turns into All Night Fuji and plays host to dance music DJs spinning beats all night under the stars. The sound system for all night Fuji is properly suited for bass music, it’s tuned well and very heavy. It was worked in by the time Goldie stepped onto the decks, I was there to witness the 2 DJs before Goldie put the system through its paces. The Orb dropped a phat dubby mess all over the place, then DJ EYE laid down a hard pounding technoish set.

Not to be outdone, Goldie stepped up and showed that Metalheadz is still synonyms with chest pounding, soul crushing bass. Throughout his 75 minute set he dropped bangers almost nonstop. There were plenty of Metalheadz tunes in the mix as expected, there were both old-school and new-school hits. Some of the tunes in particular that drew a frenzy from the crowd included the old-school classic, ‘Maximum Style’ by Tom & Jerry, and the more recent dance floor destroyer ‘tuning (vip)’ from D.Kay and Lee.

Always the showman and crowd pleaser, Goldie took to the mic a few times to engage the crowd and express his love for Japan. Not forgetting he was one of the few electronic DJs in the middle of a rock festival he ended moshing and skanking around with the rest of the crowd while Nirvana’s ‘Smells like teen spirit’ brought his set to a menacing close.