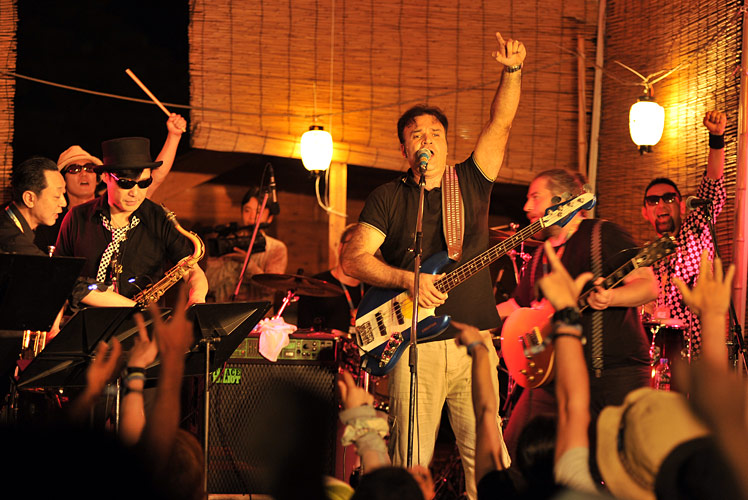 “We would like to play dance music from South America,” says the singer, and they’re away on a romp of cumbia and ska that doesn’t ever, ever let up.

This is Mate Power’s 7th time to perform at Fuji Rock. We know what to expect now. Put your drinks down because this is going to be a stomp. At the front, the kids are doing the dance where you bring your elbows in and out like a locomotive, and kick your legs out like you’re trying to fend off a wild dog. At the back, there are people sitting on the plastic chairs doing the Milking a Cow dance with their fists. Their legs may have given out, but even they can’t sit still to this music.

Way off to the side, the boys from Talco are watching and discussing the crowd interaction techniques. They should steal this idea: Mate Power wrap up the show with a rendition of The Blue Hearts’ “Linda Linda”. The crowd goes nuts.